The global automotive safety watchdog also said it’s looking forward to the Bharat NCAP, but is ready to carry on testing until 2025. 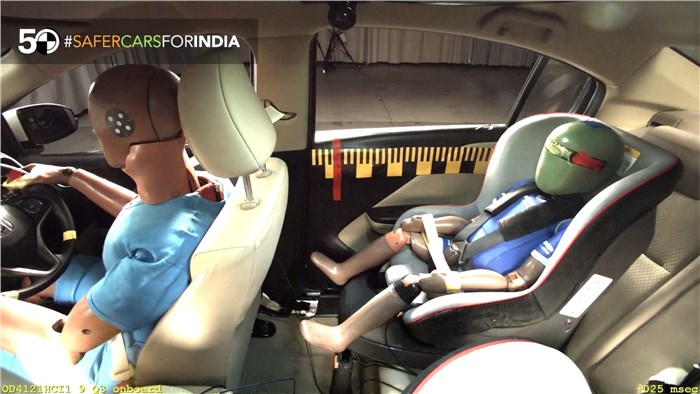 With its recent round of crash tests, the Global NCAP has achieved a milestone of having tested 50 vehicles under its ‘Safer Cars for India’ test program. The program began in 2014 and has majorly contributed in increasing safety awareness in India.

Speaking to Autocar India after the announcement, David Ward, executive president, Global NCAP, said, “We’ve had tremendous support, especially from our partner Dr Rohit Baluja at Institute of Road Traffic Education and also the Indian government in terms of regulation, and the transport minister has taken it upon himself to further safety. When we launched, most said consumers would not take an interest in safety and this would never succeed here, but we’re so happy to see the progress and the rapidly rising consumer interest.”

Furthermore, Ward stated that manufacturers are actively taking part in the program and the number of zero star rated cars has drastically declined. “We thought at the beginning it would be foreign brands that would dominate, but it’s been a pleasant surprise to see Indian brands take the lead and continue to work towards safer cars,” he added.

Having tested so many cars in India, Ward, however, says that the aim of the program has been, and still is, to aid the creation of an India-specific NCAP. “Our intention was always for safer cars for India to be a pilot NCAP and we didn’t intend to keep going for this long,” Ward said. “There were discussions for a BNCAP (Bharat New Vehicle Assessment Program), but those are bogged down, and the government has said they are not sure where they are with it and have encouraged us to keep going.”

To keep going though, the foundation will require funds. Testing cars is an expensive proposition that goes beyond the cost of the car, and also involves a lot of man hours, expensive labs and equipment. Currently, GNCAP is supported by the FIA foundation and Bloomberg philanthropy as well as a few manufacturers who volunteer and pay for their own tests; of the 50 cars tested so far, 19 have been volunteered. Thus, to keep the program going, Ward says the foundation has done two things – it has secured additional funds and is gearing up to test cars in India.

The additional funding from the FIA and Bloomberg will see GNCAP test cars for the next three years, until 2025, and Ward is hopeful that by then a BNCAP would materialise. The foundation is gearing up to test cars here, given that the country has newly installed state-of-the-art crash test facilities. This would lower the costs and time required for crash tests and would potentially bring in more manufacturers into the program. Currently, all cars are shipped to the ADAC centre in Germany.

While India awaits the implementation of an NCAP, Ward believes a star labelling system – as is in place in Malaysia – could be a very good interim step. Under this system, while NCAP crash ratings are not mandatory, every car is supposed to carry its star rating, and if not present, carry a ‘test not available’ label. This would raise consumer awareness and drive manufacturers to have their cars tested.

As Ward says, “Consumer interest can drive change well beyond legislation, as we have seen, for instance, in Europe”. Thus, a labelling system in India, along with locally conducted crash tests, could potentially be a very good catalyst towards a full-blown BNCAP.

Besides freeing up GNCAP, an independent BNCAP is important for a number of reasons, chief among them being that it would lead to result-implementation rather than technology-implementation that we are seeing, for instance, with the mandatory six airbags proposal. Ward echoed this thought and said, “It’s certainly good to try, but it should not be an absolute, and a law, as there is a general best practice where you try and avoid specifying some kind of technology and you introduce performance criteria, because technologies do change and innovation will always keep flowing.”

Thus, with a BNCAP in place, we could see genuinely safer cars delivering results, rather than tech specs. Furthermore, international new car assessment programs are steadily introducing active safety features, which will go a long way in improving overall safety and reducing accidents. The GNCAP protocol for India itself is set to get tougher, and from July this year, will see the introduction of side impact tests and active safety features like ESC and seat belt reminders.

Progress on India’s NCAP, however, has been slow. BNCAP has been periodically talked about for a while now – since 2016. MoRTH chief Nitin Gadkari even mentioned it earlier this month, however, so far, no concrete timelines have been set or even been spoken of.