India to introduce its own new car assessment programme

Likely to be known as Bharat NCAP, details of the programme are expected to be announced to the public in 10 days. 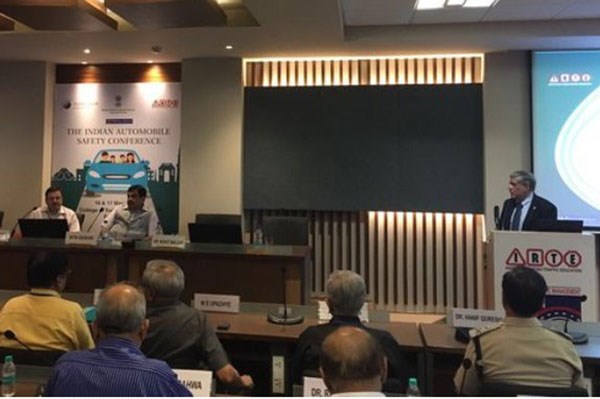 Union minister for road transport & highways, Nitin Gadkari inaugurates the Indian Auto Safety Conference in support of #SaferCarsforIndia in New Delhi on May 16.

India is set to join the group of matured global automotive markets with its own new car assessment programme, likely to be called Bharat NCAP. The working name, however, was Bharat New Vehicle Safety Assessment Programme (BNVSAP), which according to an official involved in designing the programme framework, sounded "like a tongue twister".

Speaking about the timeline, Abhay Damle, joint secretary, Ministry of Road Transport & Highways (MoRTH) said details of Bharat NCAP are expected to be finalised in a week and be made public in the next 10 days.

“Bharat NCAP will be more broad-based than any other NCAP at the time of introduction. It is proposed that the features of the programme will remain same for some time,” commented AV Mannikar, senior deputy director, Automotive Research Association of India (ARAI) during a presentation at the Indian Automobile Safety Conference co-hosted by Institute of Road Traffic Management and Global NCAP. Bharat NCAP will initially be voluntary. Given that India has a huge population of two- and three-wheelers, the safety rating may also include these vehicles. “We have more fatalities in two- and three-wheelers,” said Mannikar.

The proposed speed for offset frontal crash testing vehicles under Bharat NCAP is 56kph.  That is lower than Global NCAP’s proposal of 64kph. The global watchdog’s argument is that crash testing a vehicle at 64kph is equivalent to two vehicles travelling at 55kph and colliding with each other. A mandatory speed warning feature for all vehicles is also proposed under this new programme. Balraj Bhanot, former director of ARAI and chairman, CMVR – technical standing committee, MoRTH stated that along with a new framework for safety, there should also be a strong focus on enforcing existing rules to ensure that vehicles are maintained well and that they run safely. He also debated that there should be a strict system for defining the end of life of a vehicle. Global NCAP’s Secretary-General, David Ward mentioned that government intervention is crucial to make roads safer. “Government can promote safer cars by giving short-term fiscal incentives for safety technologies,” stated Ward.

It is also to be noted that India will soon have a reworked motor vehicle act. Nitin Gadkari, Union minister for road transport & highways, pointed out that it is in the final stages and will be tabled in the next session of the parliament. Gadkari has been batting for safer roads, not only through safer driving but also through properly designed roads. He also shared that along with advanced safety automotive technologies in India, there should also be a strong focus on containing costs, as affordability levels in India are significantly different from other automotive markets of the west. This could also be a message for players in the automotive industry as they prepare for a new phase in India, in terms of safety as well as emission norms.