Ford has secured the Guinness World Record for efficiency in an electric car, by averaging 10.52km per kWh. 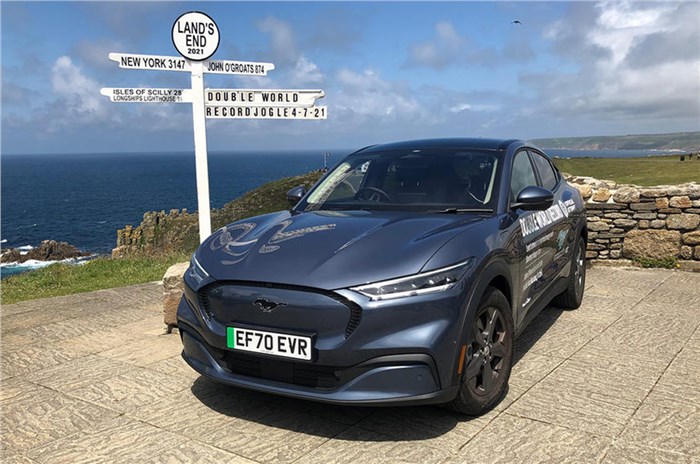 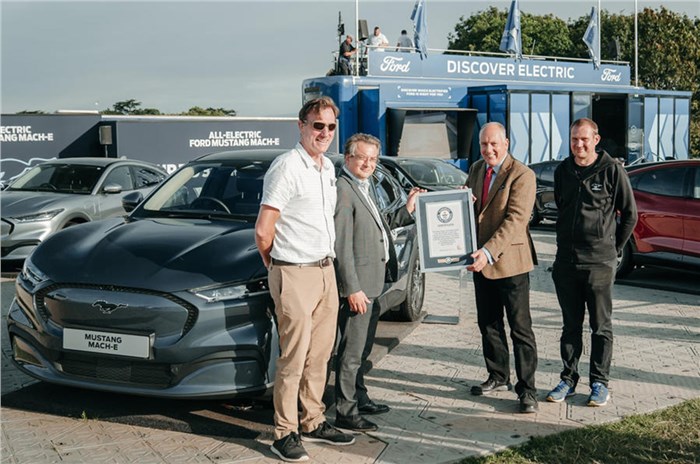 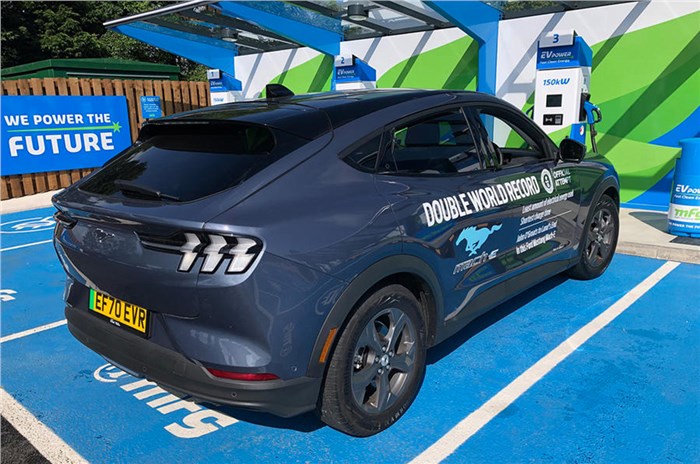 The new Ford Mustang Mach-E has set a Guinness World Record for efficiency in an electric car, averaging 10.52km per kWh on an 1,352km route between John o’ Groats and Land’s End.

Setting off on 3 July and driving through the night to avoid congestion, the trio completed the trip in 27 hours at an average speed of around 50kph. Remarkably, they stopped only twice to charge: first at a BP Pulse station in Wigan, Lancashire, and a second time in Cullompton, Devon. The two stops amounted to just 45 minutes spent plugged in.

The team said, “The Ford Mustang Mach-E’s range and efficiency make it an everyday car for tackling unpredictable journey patterns. We did a full day’s testing totalling 250 miles and still had 45 percent battery charge on our return.”

Range anxiety is often listed among drivers’ biggest concerns when it comes to switching from internal-combustion-engined cars to EVs.

The Mustang Mach-E used here was the rear-wheel-drive Extended Range version with the 88kWh battery. By driving well within the car’s means, its effective range was boosted to more than 800km– significantly more than the 610km it achieves on the WLTP test. To ensure the attempt was carried out safely, the Mustang Mach-E team was supported by the AA.

The variant of the Mustang Mach-E used featured the larger 99kWh battery that powered a single electric motor positioned on the rear axle that developed 289hp and 416Nm. For some context, the smaller battery pack is a 75kWh unit that is paired to a 258hp electric motor and has a claimed range of 450km.