EcoSport SE will go on sale in India by March 10, 2021. Will look similar to the EcoSport sold overseas. 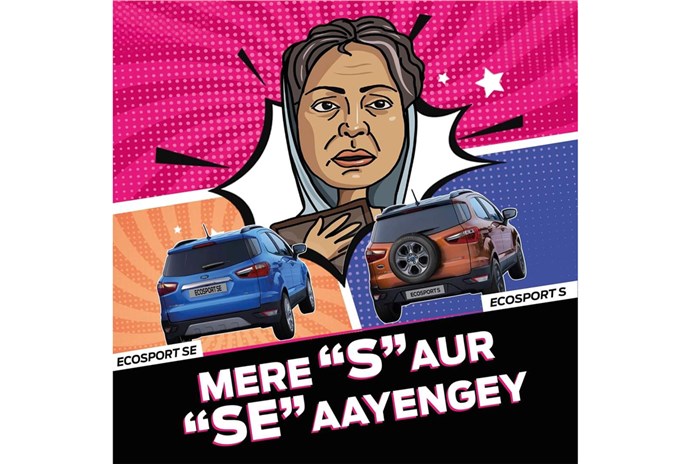 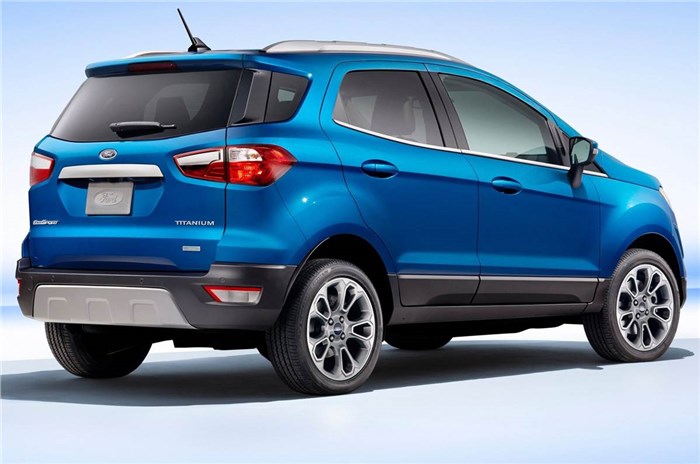 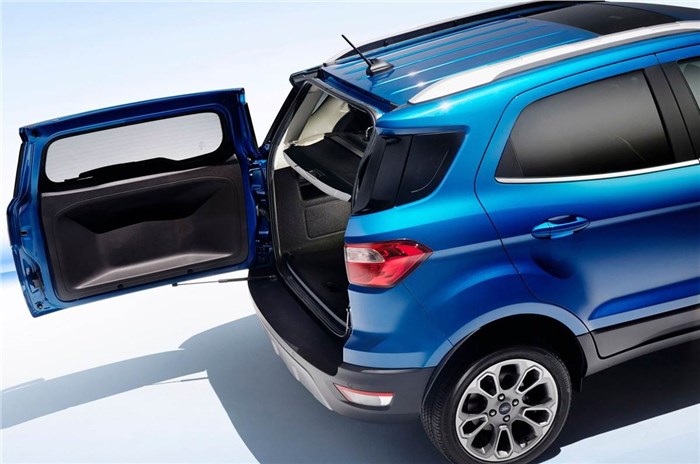 Ford India has released a teaser to announce the market launch of the upcoming EcoSport SE SUV. The company has revealed a Bollywood style teaser based on the movie Karan Arjun. As reported by us earlier, the EcoSport SE will get unique rear styling which is similar to the one sold overseas. Sources tell us that a price announcement for the EcoSport SE will take place by March 10, 2021.

Ford's EcoSport has been on sale for almost a decade now, while its competitors have brought out newer or refreshed models. And while a major update on the EcoSport is expected later this year, Ford India has recently added the SE variant that ditches the rear tailgate-mounted spare wheel; this new variant is similar to the EcoSport SUVs sold abroad.

A few dealers we spoke to said that Ford has decided to add the new variant to the India line-up after gauging customer feedback about the styling of the export version of EcoSport. By adding the export version's tailgate design, the brand wants to increase the ageing SUV’s appeal.

The export version of the EcoSport that was unveiled back in 2015, is also built in India, alongside the domestic model, but comes with a unique rear design where the number plate is positioned at the centre of the tailgate, which still remains a side-hinged unit like the regular version.

Ford EcoSport SE: Where will it sit in the India line-up?

The EcoSport SE will come with almost all the features of the top spec EcoSport S which includes the Ford SYNC infotainment system and also a sunroof. The model will be sold with both petrol and diesel engine options and will sit below the top-spec EcoSport S in the India line-up and will get different alloy wheels and a few feature deletions.

A key omission to note here is that the new EcoSport SE will not come with a spare wheel from the factory and will get tubeless tyres, a tyre pressure monitoring system (TPMS) and a puncture repair kit.

Can cars be sold without a factory offered spare wheel in India?

Yes. According to a Ministry of Road Transport and Highways (MoRTH) amendment from July last year, passenger vehicles falling under the M1 category, subject to certain conditions (like having a TPMS), are not required to be sold with a spare wheel. The M1 category refers to all passenger vehicles with a seating capacity of up to nine occupants, including the driver. The vehicles also must not weigh more than 3.5 tonnes.