BS6-compliant EcoSport will be available with petrol and diesel engine options. 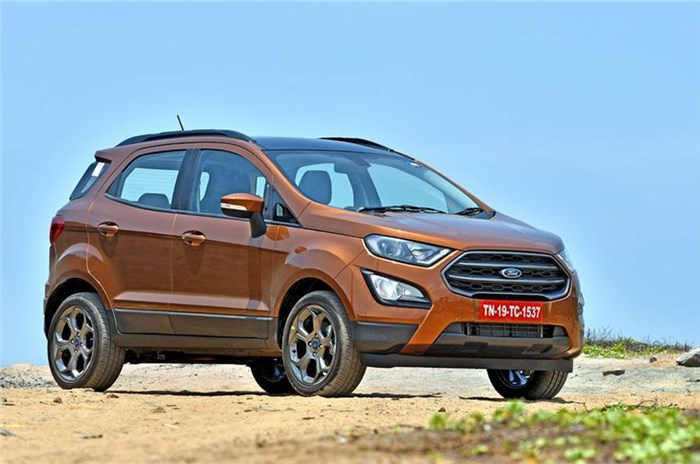 Ford India is all set to introduce its first BS6-compliant product for our market, the EcoSport, which will start reaching dealerships in the coming days. A price announcement will take place later this month, according to dealer sources. The BS6 engines on the EcoSport will comprise the 1.5-litre four-cylinder turbo-diesel motor and the 1.5-litre three-cylinder petrol engine. Gearbox options on the EcoSport can be expected to be the same 5-speed manual for both the 1.5 petrol and diesel and a 6-speed torque convertor automatic for the petrol. However, there are chances of the EcoSport 1.5 petrol BS6 with automatic gearbox to launch a little later.

As the cost of upgrading the 1.0-litre EcoBoost to BS6 norms are not justified by its sales, Ford will discontinue the motor in the India-spec EcoSport. The company will replace this engine with Mahindra's 1.2-litre turbo-petrol engine a little later. This is the same powerplant seen in the XUV300 compact SUV as part of the collaboration the two auto brands that was first announced back in 2017. Apart from the BS6 upgrade, the EcoSport will not see any other major changes.