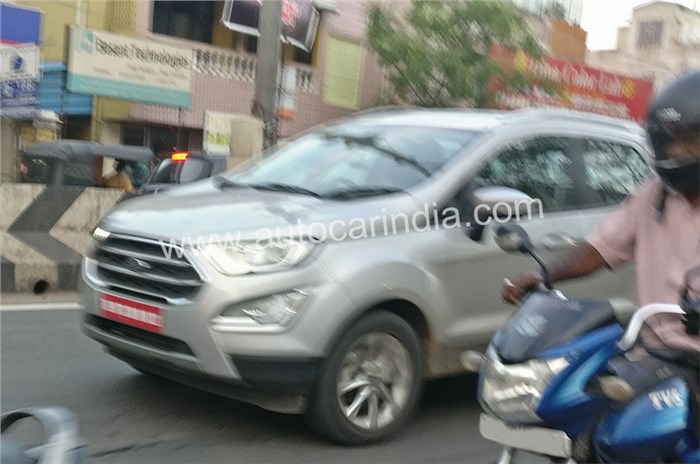 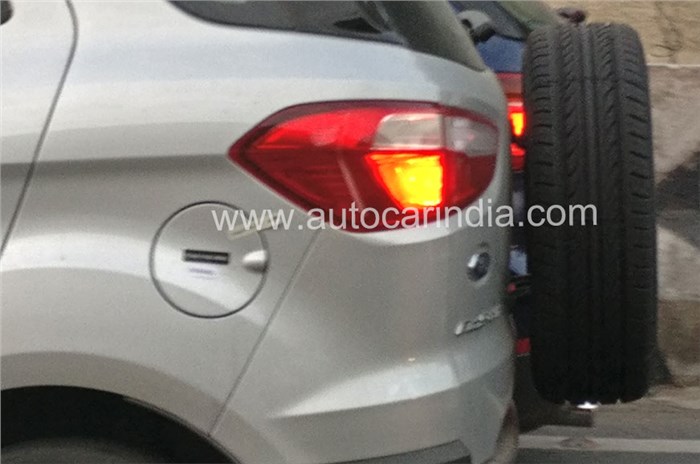 Ford India has begun testing BS6-compliant engines for its EcoSport compact SUV. A test mule was recently spotted on the outskirts of Chennai by our reader Manav Ramchandran.

The current-gen EcoSport received a price and variant update in June this year. The Ford EcoSport range in India is powered by a 100hp, 1.5-litre four-cylinder turbo-diesel engine that’s paired to a 5-speed manual gearbox; a 123hp, 1.5-litre three-cylinder petrol that can be had with either a 5-speed manual or a 6-speed torque converter automatic gearbox; and a 125hp, 1.0-litre three-cylinder turbo-petrol that’s coupled with a 6-speed manual gearbox only. Ford will be updrading the 1.5-litre Dragon engine and the ubiquitous 1.5-litre diesel motor to meet BS6 norms.

However, as the cost of updrading the 1.0-litre Ecoboost to BS6 norms are not justified by its sales, Ford will discontinue the motor in the India-spec EcoSport. This engine will be replaced by Mahindra's 1.2-litre turbo petrol engine that also sees duty on the XUV300 compact SUV as part of the collaboration the two auto brands that was first announced back in 2017.

The current-gen EcoSport is one of the oldest models in the segment and now faces stiff competition from the likes of the newer entrants like the Hyundai Venue, Mahindra's XUV300, Tata Nexon and the Maruti Suzuki Vitara Brezza in the Indian market. Expect Ford to introduce BS6-compliant EcoSport range closer to the April 2020 deadline.