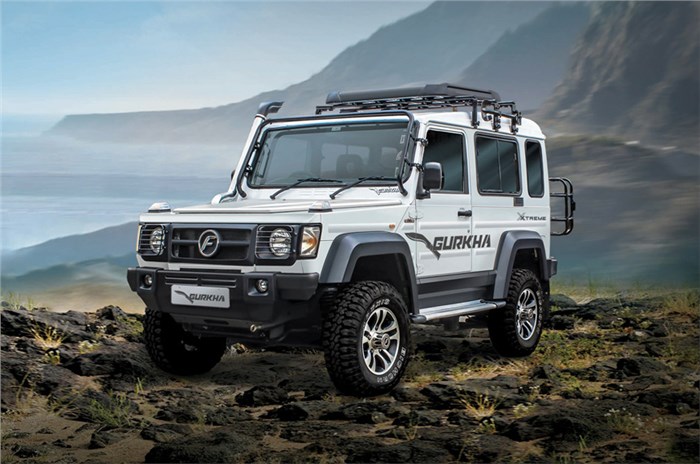 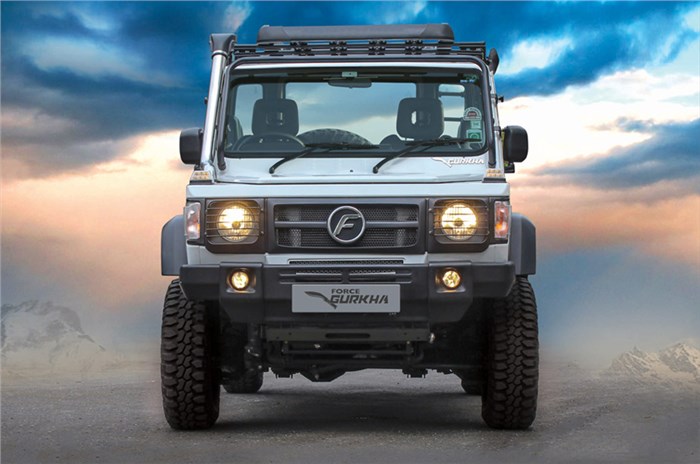 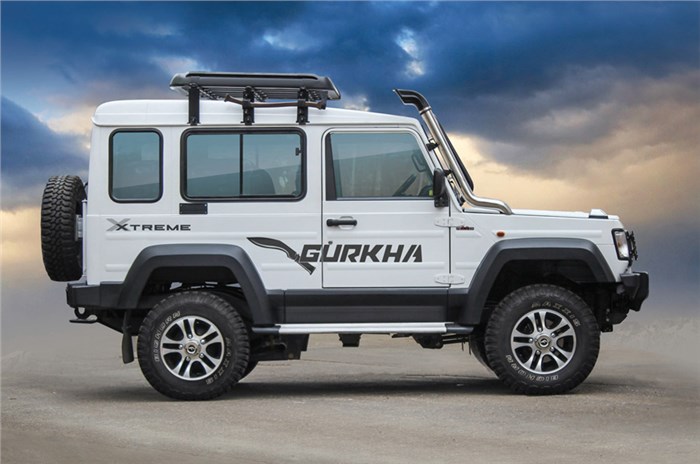 Force Motors has officially brought out its range-topping Gurkha variant (which gets an Xtreme suffix) at Rs 12.99 lakh (ex-showroom, pan-India). While the new top-spec trim may be visually similar and have the same cabin, it gets some major mechanical changes. We had reported on this development just last week.

Under the bonnet of the Gurkha Xtreme is a Mercedes-sourced OM 611 motor. The new 2.2-litre four-cylinder diesel engine produces 140hp and 321Nm of peak torque between 1,600-2,400rpm. The engine is mated to a new Mercedes-derived G32 5-speed manual gearbox via a dual-mass flywheel. Force has also added a new low-range transfer case, along with a provision to fit hub locks on the front axle, which is claimed to save fuel and reduce stress on the drivetrain in 2WD mode.

Like its lower-spec brethren, the Gurkha Xtreme is a proper off-roader but has been enhanced with a new suspension set-up – namely, a new live rigid front axle which is essentially a multi-link set-up. This has seen the front track increase by 40mm and has improved approach, departure and ramp breakover angles – 44 degrees, 40 degrees (without the footstep) and 30 degrees, respectively. It is also capable of wading through 550mm of water, thanks to the factory-fitted snorkel.

While the Xtreme looks similar to the Gurkha Xplorer and Gurkha Xpedition at first glance, changes to the exterior include LED turn indicators, new steel bumpers at the front and rear, a thicker footboard, different wing mirrors and decals. A point to note is that the Xtreme is only available as a three-door model, unlike the Xpedition, which is on offer as a five-door SUV.

With the addition of the new Gurkha Xtreme, the SUV’s line-up now begins at Rs 9.99 lakh and goes up to Rs 12.99 lakh. The Force Gurkha’s arch-rival, Mahindra’s Thar, is priced between Rs 6.64-9.40 lakh (ex-showroom, Delhi). While the Gurkha may be more expensive, with the Xtreme variant, the Force SUV is finally a match to the Mahindra Thar; at least in terms of output.