First Lamborghini EV arriving by 2030 as a two-door GT 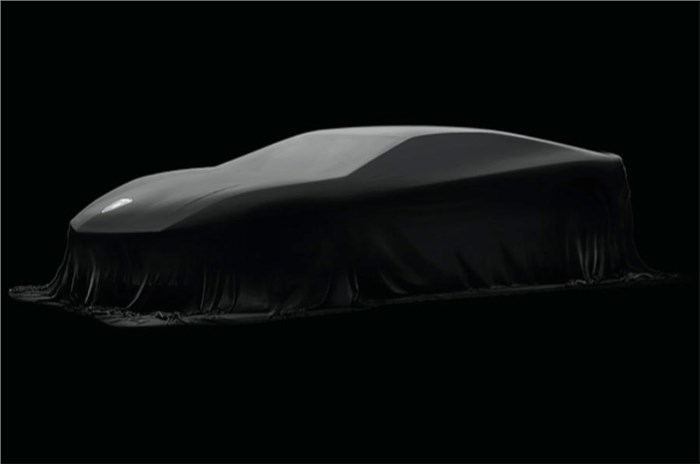 The Lamborghini EV is likely to use electric motors shared with Porsche and Audi.

Lamborghini’s bosses have approved an expansion programme for a long-mooted fourth model line for the company's first battery-electric model, set to take the form of a two-door four-seat grand tourer, which boss Stephan Winkelmann confirmed will appear “in the second half of this decade”.

Lamborghini’s upcoming EV: what we know so far

Winkelmann said initial development work on the new car has begun, but he said no decision about its final form has been made. “This will be at least a 2+2 or four-seater,” Winkelmann told our sister publication Autocar UK. “We imagine a two-door car mainly at this moment, but we haven’t yet taken a final decision on the body style or the power output.”

Autocar UK first reported in 2017 that Lamborghini was likely to base its debut EV on a four-seat grand touring coupé, with insiders indicating that this route is being pursued because it best marries the brand’s sportscar heritage with the current performance of battery-electric vehicles.

Winkelmann added that a final decision on the basic specifications of the EV would be made next year, explaining: “There are two steps. One is the analysis of body style and volumes in this segment, and the other is the match we have with platforms in the Volkswagen Group to find the best solution.”

A four-seat grand tourer would also sit in a new market segment for Lamborghini, therefore helping the Italian firm grow its sales volumes.

As was previously reported, Lamborghini was in line to use the new performance-focused, EV-specific PPE platform developed by Porsche and Audi. However, the timing of the Lamborghini EV’s introduction being closer to 2030 means it’s now likely to instead be one of the earliest vehicles to use the forthcoming SSP architecture, which combines elements from the PPE and mainstream MEB platforms. The SSP platform is designed to be hugely adaptable, with scope to accommodate a wide range of electric motors and battery pack technology.

The first car based on it will be the result of Audi’s ongoing Artemis project, due in 2026, and it will eventually underpin around 80 percent of all Volkswagen Group models.

In terms of powertrains, the Lamborghini EV is likely to use motors shared with Porsche and Audi, although an intriguing prospect could be a partnership with EV technology specialist and hypercar manufacturer Rimac. Porsche owns a significant stake in the Croatian firm and is currently in talks with it to co-run Bugatti in the future.

The new electric Lamborghini will be the culmination of the firm's newly announced Direzione Cor Tauri roadmap, which will include electrifying its three existing product lines with plug-in hybrid powertrains by the end of 2024.

The Direzione Cor Tauri roadmap – referencing the brightest star in the Taurus constellation –involves more than £1.3 billion (around Rs 13,474.5 crore) investment in PHEV technology in the next four years, and it is driven by the need to reduce the firm’s environmental impact. But Winkelmann has vowed to “keep the DNA” of the brand and “take it to the next level”.

In India, Lamborghini retails the Aventador S and Huracan Evo supercars and the Urus SUV. The Urus has been Lamborghini’s bestseller in India, reaching the 100-unit sales milestone in March this year.

Recently, the Italian manufacturer also launched the Urus Pearl Capsule Edition in India. The Urus Pearl Capsule Edition is a preconfigured Urus that’s available in a two-tone colour scheme and with many other interesting bits. There are three unique paint options exclusive to this edition – Giallo Inti (yellow), Verde Mantis (lime green) and Arancio Borealis (orange) – while the body skirting, wheel cladding, outside mirrors, roof and fender embellishments are gloss black.