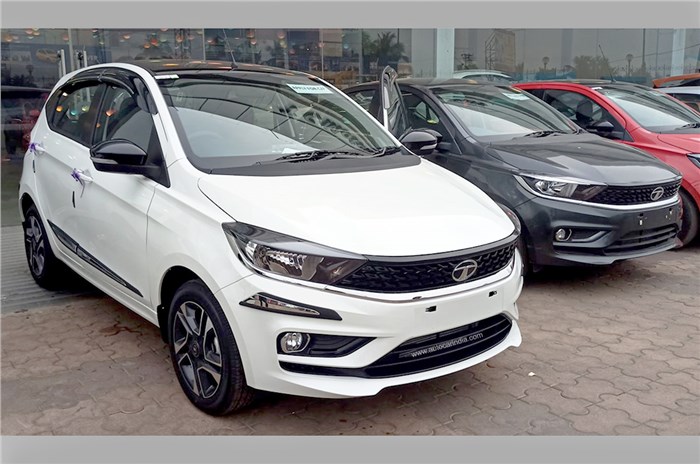 As per car registration data shared by the Federation of Automobile Dealers Associations (FADA), the Indian automotive industry has started the new year with overall automotive retail sales in the red. In terms of overall sales, the automotive industry reported sales of 15,92,636 units (two wheelers, three wheelers, passenger vehicles, commercial vehicles, and tractors) a decline of 9.66 percent year-on-year (YoY). Interestingly, only the tractor  segment was in the green. 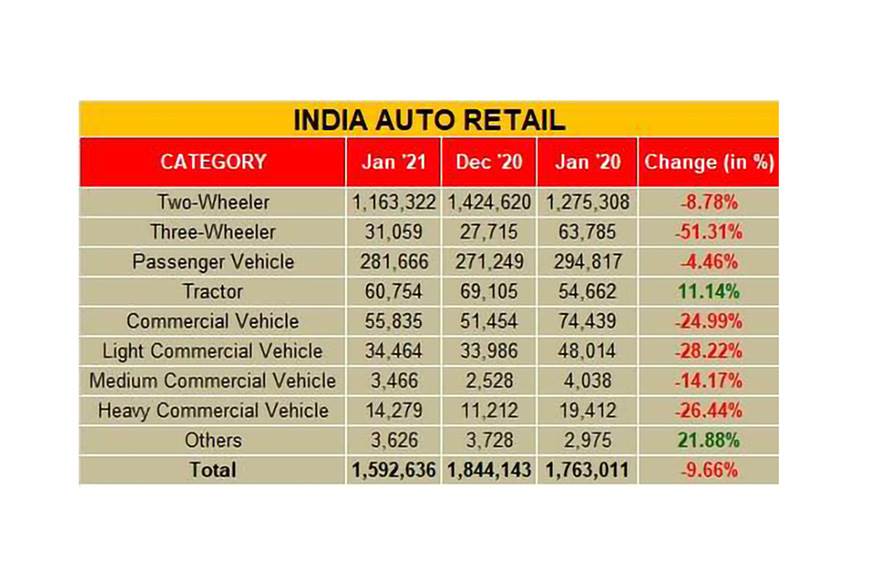 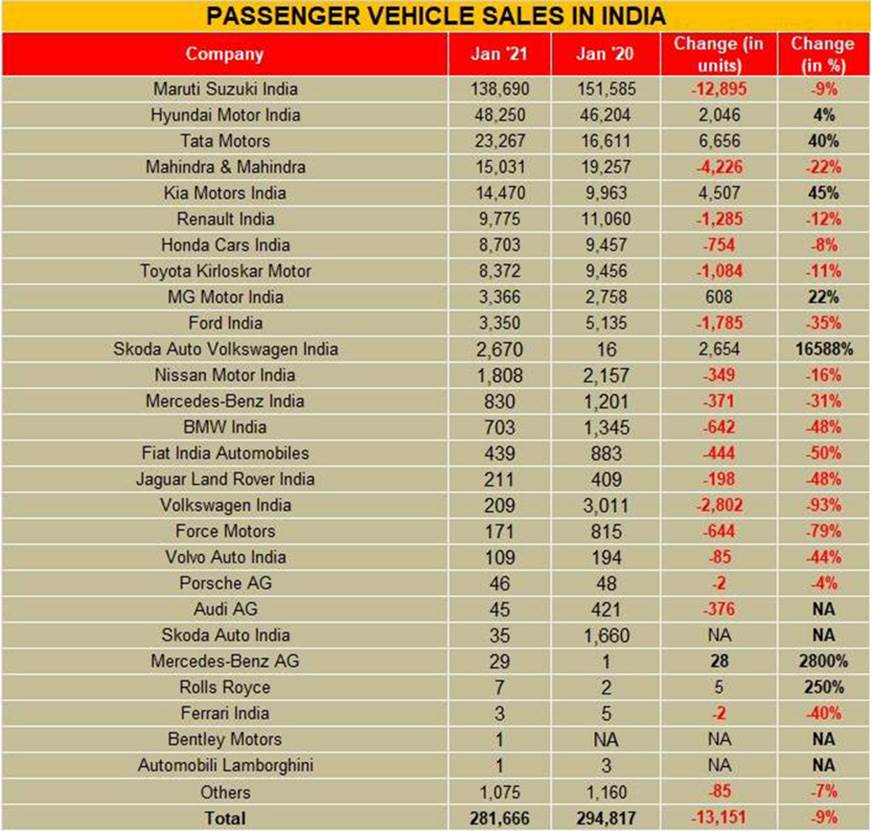 Moving to the two-wheeler segment, sales were down 8.78 percent as compared to January 2020 with all but a select few manufacturers posting numbers in the red. 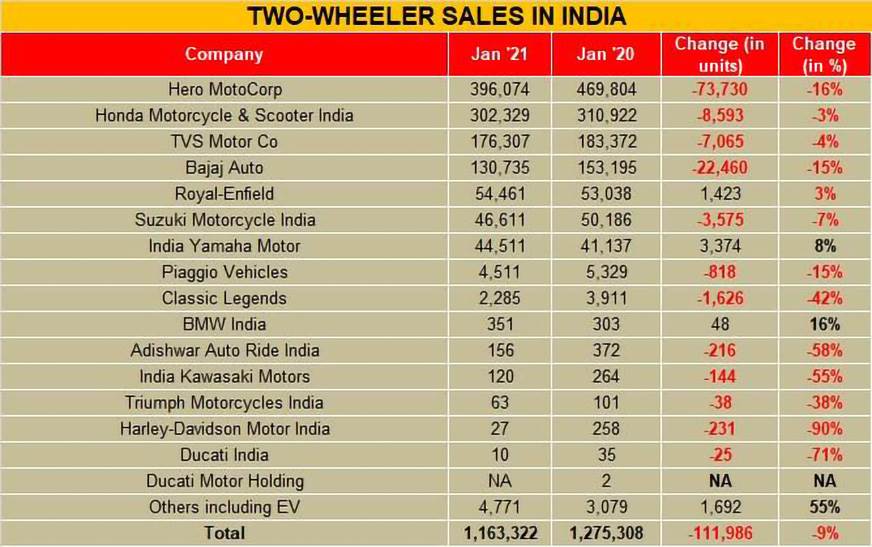 Commenting on the January 2021 performance, Vinkesh Gulati, president, FADA said, “After witnessing a one-off growth in December, January auto registrations fell once again by ~10 percent YoY. Auto industry clearly misjudged the demand which returned post lockdown. Industry’s underestimation of post-Covid rebound along with chipmakers prioritising higher-volume and more lucrative consumer electronics market has created a vacuum for semiconductors. This has resulted in shortage in supply for all categories of vehicles especially passenger vehicles even though enquiry levels and bookings remained high.”

“New launches and SUV’s continued to see high traction and helped in restricting the overall PV registrations fall by a bigger margin. The recent price hike undertaken by Auto OEMs also added to woes as two-wheelers have become more expensive for lower- and middle-income class.”

He further pointed out that the first budget stressed making India an Aatmanirbhar Bharat and finally brought some cheer for the auto industry as the age-old demand of bringing “Vehicle Scrappage Policy (voluntary) saw the light of day. The final contours of the policy though awaited, will decide its attractiveness and popularity. This including the announcement to induct more buses in public transport, increased infrastructure spending and building National Highways will play a pivotal role in reviving the commercial vehicles segment over a longer period of time.”

The FADA president said during Q4 of the last financial year the auto industry was transitioning from BS-IV to BS-VI, which led to huge discounts that helped higher sales and registrations. With a high-base and continued shortage of semiconductors on one hand and gradual opening of academic institutes and business as usual along with the Covid vaccine’s effectiveness on the other, FADA continues to remain guarded in its optimism for auto registrations during Q4 of this financial year.