Diesel prices in Mumbai have gone up by Rs 2.45 per litre in the first nine days of October. 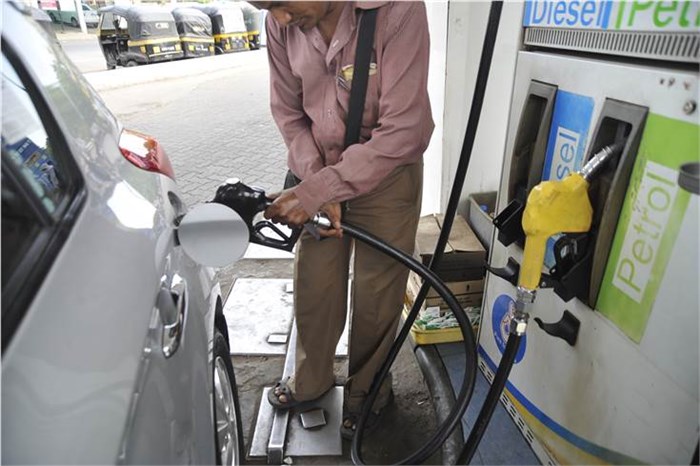 With yet another bump in fuel prices, as of October 9, the price of diesel has breached the Rs 100 per litre mark in Mumbai. According to Indian Oil Corporation’s pricing this morning, diesel, which was once touted as the ‘common man’s fuel’, now costs Rs 100.29 a litre in the financial capital.

Diesel price on the rise

As was forecasted on October 6, it took just another three days for diesel prices to hit the century mark. This milestone comes a little over four months after petrol hit its own century on May 29 in Mumbai.

In the first nine days of October, a diesel-litre has become costlier by Rs 2.45 a litre in Mumbai, Rs 2.30 in Delhi, Rs 2.19 in Chennai and Rs 2.31 in Kolkata. The speedy price increase in diesel – more than petrol – is wreaking havoc, particularly with commercial vehicle users and CV fleets, whose business model and profitability has been severely impacted.

The TCO – Total Cost Of Ownership – formula has gone for a toss in a market that has already been badly impacted by the 28-month Covid-induced downturn. Just when business seems to be picking up, owners of medium and heavy commercial vehicles (M&HCVs), or even small CVs, will be compelled to rejig their business models. For instance, filling up the 400-litre tank of a 37-tonner Tata truck like the LPT 3718 would have cost the owner Rs 26,076 in April. Now, the same costs Rs 40,116 in Mumbai – Rs 14,040 more.

Any possibility of tax cuts on fuel?

While there is little doubt that the daily fuel price rise is a result of soaring global crude oil prices – Brent crude is currently $82.68 a barrel – there is now a case for both the central and state governments to seriously consider reducing taxes on these two fuels.

Last month, the GST Council did not take any decision to bring these fuels under its purview. This means that motorists will continue to pay wallet-busting prices to run their vehicles, unless they are using CNG (whose prices have also risen), or have made the shift to electric vehicles.

The current taxes – central and state – typically account for around 55 percent a litre for petrol and 50 percent a litre for diesel. For both the Centre and financially fragile states, petrol and diesel accounts for a significant part of their revenue. While everyone is busy mopping up revenue during a difficult Covid period, it is the customer who is suffering silently.

There is also the case of governments aggressively driving the adoption of electric vehicles and electric mobility. While a number of states including Delhi, Maharashtra, Tamil Nadu, Telangana, Rajasthan, Assam and Kerala have introduced subsidy and incentive-laden EV policies, the Centre's PLI Scheme for India Auto Inc with an outlay of Rs 26,058 crore has given a huge fillip to the EV industry.

Petrol, diesel to remain out of GST purview