Drawings suggest that the carmaker's attempt at electrification could result in a GT-styled electric successor to the 812 Superfast. 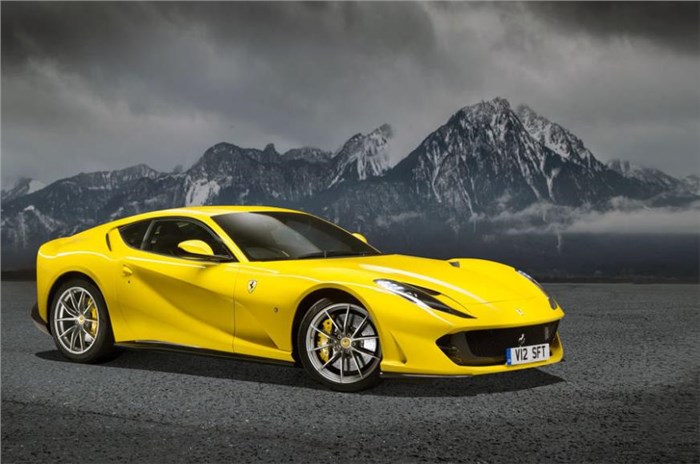 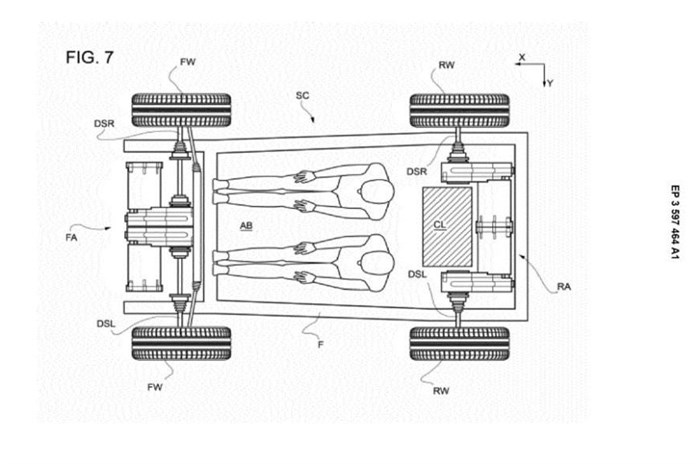 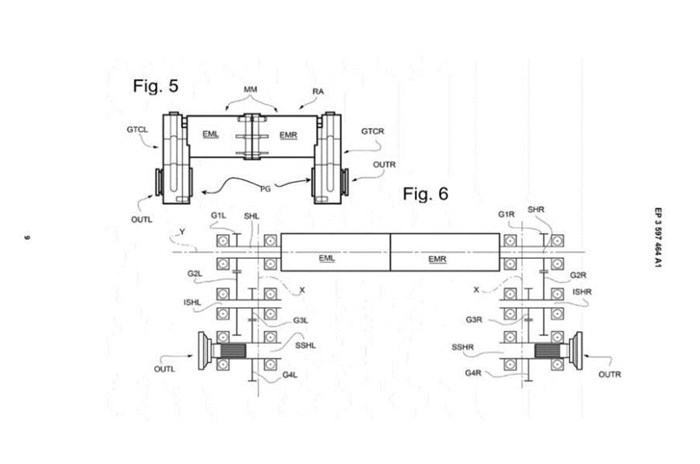 Details of Ferrari’s first production-ready electric vehicle (EV), arriving by 2025, appear to have been revealed in a series of patents leaked online. Sketches and accompanying data that have surfaced on the web suggest that Maranello’s first electric car will be a low-riding GT that could rival the Porsche Taycan and upcoming Tesla Roadster.

A plan view shows the EV is likely to feature a two-seat or 2+2 layout, a long bonnet and short overhangs, much like the firm’s 812 Superfast flagship supercar.

Also shown are details of the model’s four-wheel-drive powertrain, showing that an electric motor will be mounted to each wheel, and will apparently be capable of operating independently – perhaps allowing the car to be able to rotate on the spot. Precise technical data and performance details remain unconfirmed.

A Ferrari spokesperson was unable to comment on the aforementioned patent applications.

Ferrari’s first electric car is likely to use technology taken from the new SF90, which pairs a 4.0-litre twin-turbo V8 with a trio of electric motors for a combined 1,000hp output – making it Ferrari’s most powerful road car yet.

At the SF90’s launch last year, Ferrari CEO Louis Camilleri called it “the first step in a direction that Ferrari will enter in unwavering focus and confidence.”

In August 2019, the firm’s chief technology officer, Michael Leiters, explained to our sister publication, Autocar UK, that keeping weight down and ensuring a high top speed were priorities for any Ferrari EV. “Right now, the technology is not mature enough”, he said. “Look at customer requirements: the most important thing is sound. Today, there is also a problem on range; which, for a sportscar, really is a problem – the range of an electric car is especially so if you accelerate or go with high speed.”

Closer to home, Ferrari is slated to launch the 720hp, twin-turbo V8 equipped F8 Tributo in India by March at a price of Rs 4.02 crore (expected, ex-showroom, India).