Wireless Android Auto as well as integration of the connectivity suite with the digital instrument cluster will be offered by BMW. 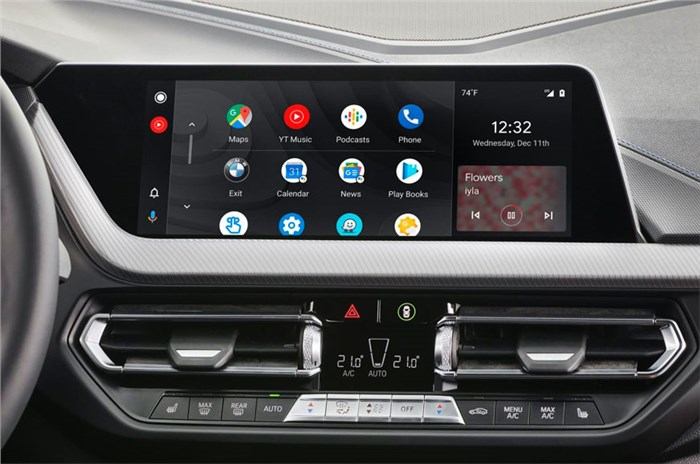 BMW recently announced that it will make Apple CarPlay free for all its customers, and now the German brand has also confirmed that it will be introducing Android Auto support in its range by mid-2020. The absence of Android Auto support has been one of the biggest complaints BMW customers have had until now, as only Apple CarPlay has been on offer.

The carmaker will display the wireless Android Auto connectivity tech on its car at the CES 2020, after which the service will be made available on all its cars that use BMW's Operating System 7.0 in international markets. The wireless Android Auto system connects users to the infotainment system automatically and wirelessly upon entering the vehicle (similar to how Apple CarPlay currently works in BMW models). There aren’t many brands out there that offer wireless Android Auto, making this feature unique to BMW.

BMW will also integrate Android Auto into its new digital instrument cluster. This will provide added functionality to the connectivity suite. This integration will also allow some of the Android Auto information to be available on the head-up display.

While this feature will make it to our market, BMW is yet to confirm whether it will be made available in India at the same time as the international market, or if will come later.

In related news, BMW recently launched the seventh-generation 3 Series sedan in India at a starting price of Rs 41.40 lakh (ex-showroom, India). The carmaker also announced that its entire range of BS6 vehicles will see a 6 percent increase in prices.