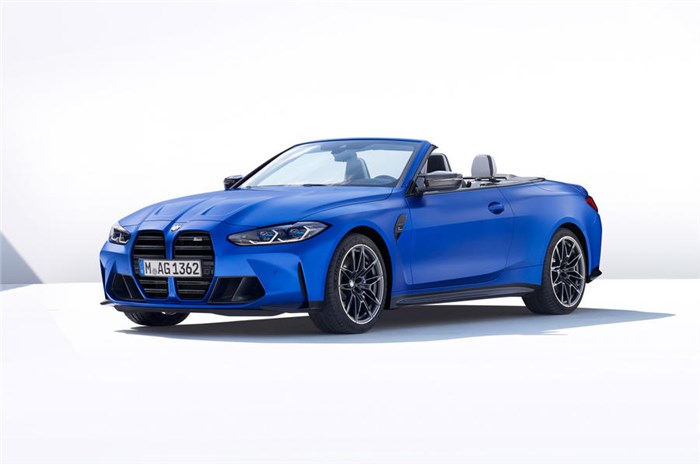 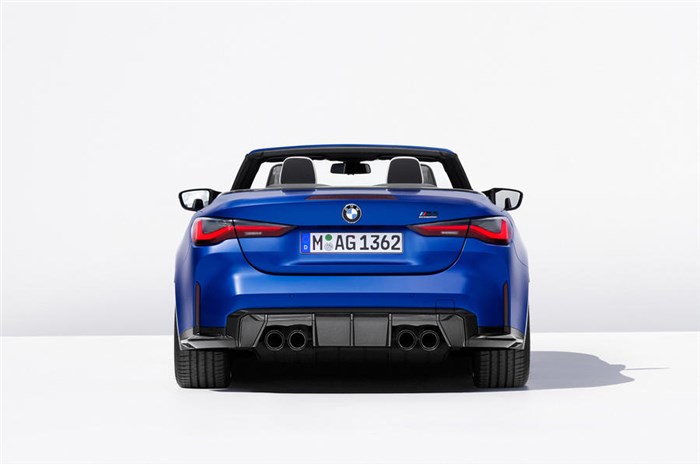 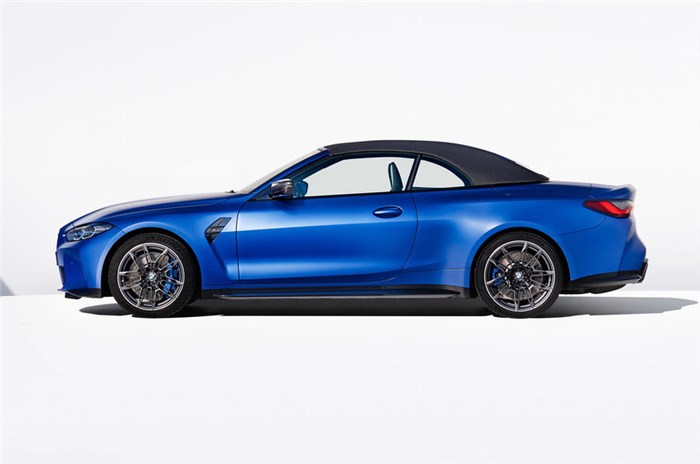 The BMW M4 Competition Convertible M xDrive has been revealed as a lighter and more powerful alternative to its predecessor, and it also has an extra driven axle.

Based on the recently revealed M4 Competition M xDrive, the new M model swaps the previous-generation convertible’s folding hardtop for a fabric roof, which is said to weigh around 40 percent less.

As on the standard 4 Series Convertible, it can be opened or closed in 18sec at vehicle speeds of up to 50kph, and it minimises heat loss and cabin noise with the use of a glass rear window and panel bow structural elements. The M4 Convertible will enter production in July; BMW has no plans to introduce a cheaper rear-driven version.

It will share its 503hp, 3.0-litre straight-six engine with the hardtop and, at 3.7sec, it is only 0.2sec slower in the 0-100kph sprint; its top speed is limited to 250kph. The convertible seats four, with a standard-fit Air Collar system directing warm air to passengers’ necks and heads to maximise comfort when the roof is down. BMW says the fabric roof liberates 80 litres more boot space when stowed, compared with its metal predecessor, giving the car a roof-down luggage capacity of 300 litres.

BMW is yet to introduce the new M3 and M4 line-up in India. A mid-cycle update for the popular 5 Series sedan will most likely be the brand's next launch in India.