The final production model of the advanced semi-autonomous concept will be the first to use BMW's versatile new next-gen architecture. 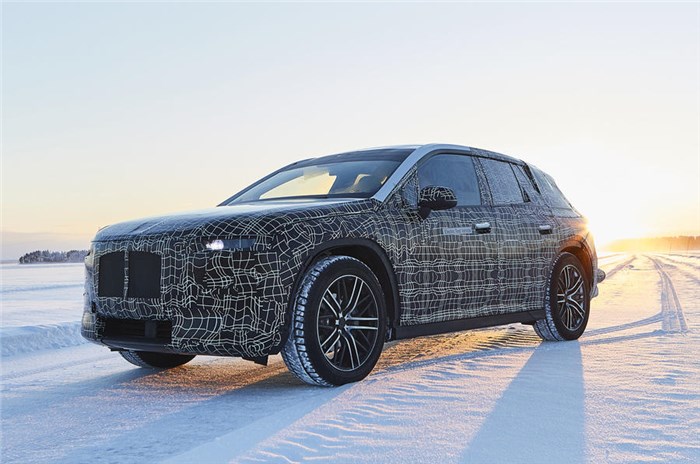 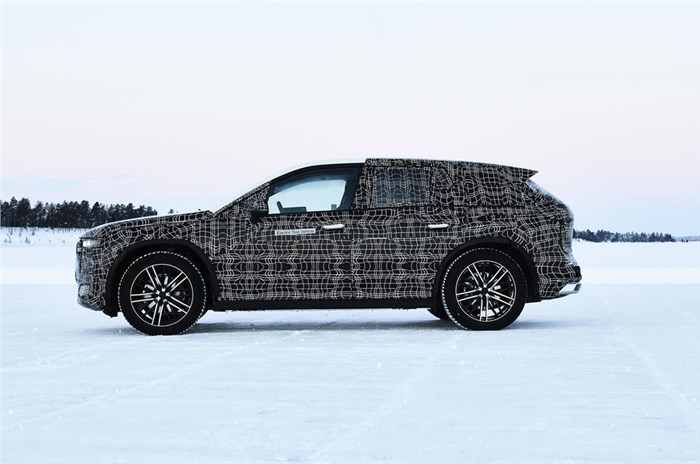 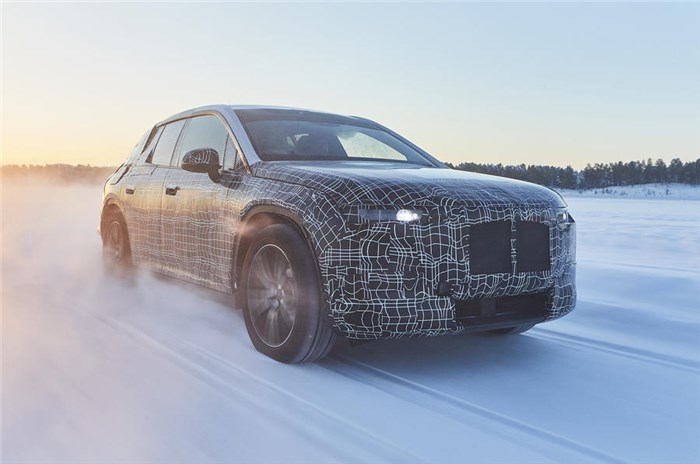 The electric SUV has begun testing in prototype form in Sweden ahead of an expected sales launch due in 2021. The BMW iNext is an electric SUV with advanced autonomous systems that was revealed in concept form last year for the first time at the Los Angeles motor show. The model sits on a radical new platform and will provide the “building blocks” for the future of the BMW Group. The iNext is a similar size to the X5 and the carmaker says that it represents ‘Project i 2.0’, sitting outside of its planned range of electric 'i' SUVs as a new ‘technology flagship’ for the brand.

The spotted test car was seen in action at BMW’s winter testing facility in Arjeplog, Sweden, and features several notable differences from the concept. The backwards-opening rear doors have been replaced with a more conventional set and larger B-pillars have been added. Albeit disguised, the grille on the test car is a more standard item than the bold translucent panel that the original concept used to house many of the autonomous systems. The iNext is scheduled to be built at BMWs Dingolfing plant in Germany from 2021.

BMW Group wants to build its next generation of cars on just two platforms; one for the more affordable front-wheel-drive cars and one for the more expensive rear- and all-wheel-drive models. Both platforms will be designed for use in conventional internal combustion engines (ICE), plug-in hybrids and full-electric vehicles. This will allow BMW to be more flexible with future models as well as build cars with different propulsion systems on the same production line.

The BMW iNext shall be the first model based on the latter platform. This will underpin every future BMW model from the 3 Series upwards and enable the brand to build cars with a rear-engine configuration too. The iNext's platform will feature a rear-mounted electric powertrain as standard. Plug-in hybrid models will get both a rear-mounted electric motor and a transversely mounted internal combustion engine at the front. Traditional ICE models will retain the classic rear-wheel drive, front-engine layout. Other options will include twin-motored, four-wheel-drive electric cars and conventional mechanical four-wheel-drive ICE models.

Sources at BMW say that the maximum range of the electric models could be up to 725km in future X-series models (which are likely to have a bigger battery capacity), while the plug-in hybrids will manage a range of around 97km.

The new architecture will also incorporate a new autonomous technology platform that will eventually evolve to offer Level 5 autonomy – a stage wherein the car does not require a driver. BMW showed all three prototype autonomy ‘PAD’ processing units in LA. The smallest of these will first appear on the production iNext in 2021 to offer Level 3 autonomy (hands-off and eyes-off) at up to 130kph on motorways.

The Level 4 and Level 5 autonomous systems will be tested on a fleet of pilot cars in 2021. Level 4 aims for ‘hands-off and mind-off’ autonomy in urban situations, while Level 5 will offer driverless urban travel at up to 70kph.

BMW insiders say that the iNext concept's controversial styling reflects the final production vehicle only in a ‘broad-brush’ way. Expect the sheer surfaces (especially those around the sides and rear) to be translated; as well as the large windows and an interior that has much of the switchgear blended in as touch-sensitive surfaces that appear upon demand.