The SUV-like sedan’s powertrain was hinted at by the EXP 100 GT concept; due to be revealed in 2025. 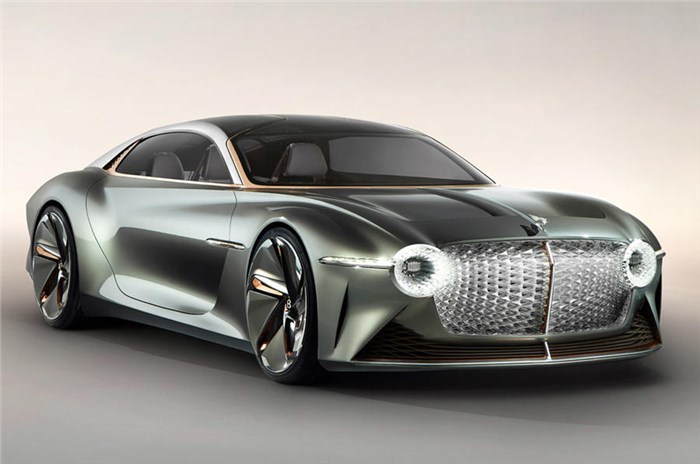 Bentley has begun conceptual work on a new high-riding crossover sedan that it’s preparing to launch as its first fully electric car. The radical model will further the firm’s ambition to establish itself as the most environmentally and sustainably led premium luxury carmaker in the world.

In their bid to establish global leadership in these areas, Bentley bosses want to follow this year’s launch of the brand’s first hybrid models by revealing its first electric car by 2025. That date is already challenging designers and engineers as they wrestle with delivering a vehicle with sufficient range for customers looking for a grand touring experience, along with the performance capability of today’s cars.

Heavy investment in battery technology is already helping to reduce the cost and improve the capability of batteries. However, it’s believed that the next notable step forward will come when solid-state batteries reach production, something that is not expected to happen until closer to the end of the decade. As such, Bentley is likely to launch its first electric car using a more mature version of today’s lithium-ion battery technology.

However, Bentley CEO Adrian Hallmark has hinted to our sister publication, Autocar UK, that his teams have already hit on one potential solution by designing a car with similarities to, but more extreme than, the Jaguar I-Pace. This machine combines a traditional sedan shape with a higher-riding body style to accommodate the battery pack without pushing up into a full-SUV format, which is aerodynamically inefficient and therefore reduces range.

The upcoming Jaguar XJ and a related J-Pace model, plus a Land Rover – dubbed the Road Rover but not expected to carry that name into production – are set to follow a similar path, although Bentley’s interpretation is being envisioned to set new performance benchmarks for the industry.

“If we’re to launch an electric car in the mid-2020s, then it either needs to be smaller than today’s cars or the same size but not as upright, and smaller isn’t an appealing solution, as it implies a lower price segment,” said Hallmark. “The prediction is battery technology will have moved forward again by that date and that will put us at the edge of what we think we need to give customers – 300-350 miles (480-560km) of range, or enough to cruise at a 65mph average (around 105kph) for five hours.

“We need to be looking at how we can deliver slippier cars with a profile that gets the most out of it aerodynamically, in order to deliver on that promise.”

The target date of 2025 and Hallmark’s comments confirm growing evidence that the first Bentley EV will crown a position of environmental and sustainability leadership that the company has been building towards in recent years.

Bentley’s Crewe factory was certified as carbon-neutral late last year, underlining an increasingly holistic approach to sustainability that has extended as far as making honey from on-site beehives.

The EXP 100 GT concept – revealed last year and created to celebrate the firm’s centenary by looking ahead to its next 100 years – also hinted at the powertrain, materials and production methods that Bentley is working towards.

The EXP 100 GT has an electric powertrain that uses four 204-340hp electric motors and an advanced torque vectoring system to distribute a combined output of between 811-1,359hp. Combined peak torque is just over 1,500, delivering an estimated 0-62mph (0-100kph) time of 2.5sec, along with a top speed of 300kph. Although the figures should be regarded as long-term targets, they hint at the sorts of performance levels that Bentley engineers believe will be possible in time.

Likewise, the EXP 100 GT’s interior featured innovative material use, including natural woods, glass, fabrics and leather. Some materials introduced on the concept have already transferred to production in the Bacalar, such as rice pigment paint, sheep’s wool and riverwood.

Bentley is well-advanced in developing alternatives to the interior styles that have dominated its cars for decades – albeit combined with technical advances such as biometric seating to monitor and potentially boost the well-being of occupants.

“Bentley has very little to fear from an electric future,” said Hallmark. “In fact, many of the facets of electrification are what define Bentley.