Despite the ongoing pandemic, the luxury carmaker’s order banks are at their highest. 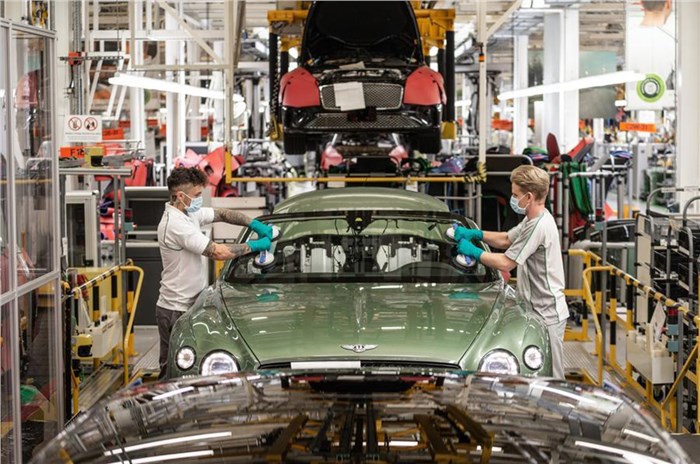 Bentley boss, Adrian Hallmark, has revealed that the firm’s order bank is running at record levels in 2021, despite the ongoing pandemic.

Speaking ahead of the launch of the Bentley Continental GT Speed, Hallmark revealed that orders to date were up 50 percent, with deliveries up 30 percent on last year - which itself was the firm’s best year since 2003.

Despite a Covid-19-enforced shutdown for several months, Bentley went on to deliver 11,206 cars last year, up 2 percent on 2019 and a record in its 101-year history.

Adrian Hallmark also revealed that Brexit has had a minimal impact on Bentley's results to date, as a result of its forward planning for all scenarios.

Additionally, due to the safety measures set in place by the carmaker to combat the pandemic, no Bentley workers had contracted Covid at work. This is despite the automaker being the first UK-based car manufacturer to restart its production lines.

The British carmaker has just recently launched the Bentayga facelift at a starting price of Rs 4.10 crore (ex-showroom, India). The luxury SUV sports updated interior and exterior styling as well as a longer features list. Besides this, the luxury carmaker offers the Continental GT and Flying Spur.