Carmaker says closure of its largest dealership in Delhi-NCR had a big impact on sales. 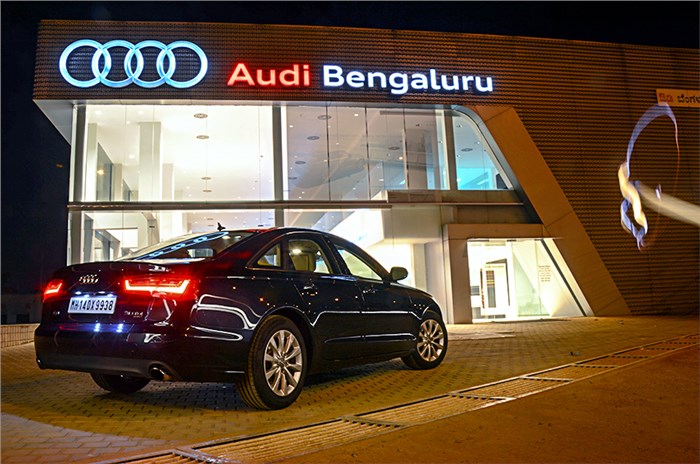 The last year was a challenging one for German luxury carmaker Audi India, as sales dived 18 percent to 6,463 units from 7,876 units sold in 2017. It was the second consecutive year in which the brand struggled to find traction after being plagued by the GST cess hike in 2017, when it posted a 2 percent growth.

The carmaker attributed this drop in sales to the closure of its largest dealership, located in Delhi NCR, where it typically records maximum deliveries.

It also grappled with a delay in getting models to the market following Europe's shift to the Worldwide Harmonised Light Vehicle Test Procedure (WLTP) for emissions and fuel consumption. The new test procedure came into force on Sep 1, 2018 and replaced the New European Driving Cycle (NEDC) procedure. It includes real-world testing and a greater focus on individual models, thereby having an impact on the time to the global market for a few manufacturers.

Audi India had fewer launches in 2018 as compared with its peers. It introduced Q5 petrol and diesel, RS5 Coupé and two special-edition models each, for the Q3 and Q7.

"2018 was surely a challenging one for the automotive industry in India, especially in the second half of the year. The luxury segment was under pressure owing to financial market development, changing customer sentiment and changes in tax policies. We faced some unforeseen business challenges during the year, which led to reduced deliveries for 2018," said Rahil Ansari, Head, Audi India.

The country's luxury vehicle segment was affected by a slew of macroeconomic factors – such as rising interest rates, depreciation of the rupee and rising import costs – and growth rates for most brands were down as compared to what they were in 2017. However, with the exception of Audi, carmakers such as Mercedes (15,538 units, up 1.4 percent), the BMW Group (11,105 units, up 13 percent), JLR India (4,596 units, up 16 percent) and Volvo (2,638 units, up 30 percent), all posted an increase in volumes.

Despite the drop in numbers, Audi India expects to get the momentum going this year and has lined up models like the all-new A8 and the updated R8 for launch. It is even planning to introduce the all-electric E-tron in India.