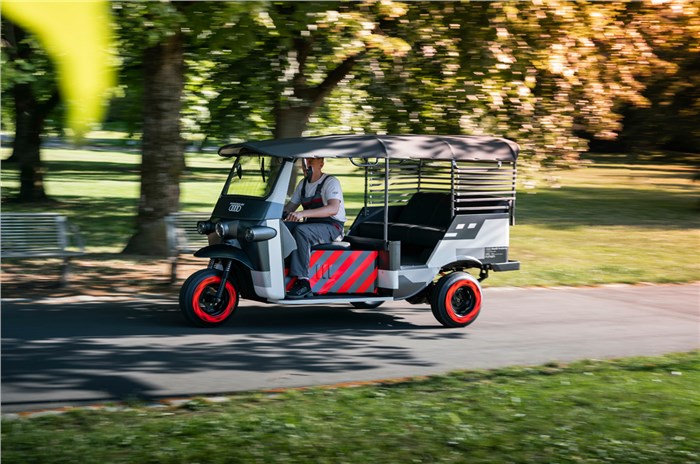 As electric vehicles gain momentum across the world, the disposal of EV batteries at the end of the car’s life cycle will soon become a pressing environmental concern. EV batteries, most of which are of the lithium-ion kind, contain hazardous materials and even have a notorious tendency to explode.

To tackle the problem of battery disposal, reuse is a very viable option. Audi, in collaboration with German-Indian start-up Nunam, is now experimenting the second-life use case of electric car batteries to power simpler and small-range vehicles such as electric rickshaws.

Second-life use for e-tron batteries

Nunam, which has its base in Berlin and Bengaluru and is funded by the Audi Environmental Foundation, will be bringing three prototypes of electric rickshaws to India early next year as part of the pilot project.

These prototypes, co-developed by Nunam and Audi, will be powered by used batteries taken from vehicles in the Audi e-tron test fleet. The intent is to explore the use case of such high-voltage battery modules from EVs to see if they can find application as second-life power storage systems.

“Car batteries are designed to last the life of the car. But even after their initial use in a vehicle, they still have a lot of their power,” says Nunam co-founder Prodip Chatterjee. “For vehicles with lower range and power requirements, as well as lower overall weight, they are extremely promising. In this way, we’re trying to find out how much power the batteries can still provide in this demanding use case.”

The three prototypes that will be brought to India for commercial use will be made available to non-profit organisations and women in particular.

Electric rickshaws in India are typically powered by lead-acid batteries that have short service life and are often not disposed of properly. Moreover, these batteries are mostly charged via fossil-fuel based energy, thus diminishing their ecofriendly credentials.

The data collected by Nunam on this pilot project will be made available on the open-source platform Circular Battery to encourage other similar projects.

Moreover, even after the batteries become unsuitable for use in electric rickshaws, Nunam will be further exploring third-life use cases to power stationary applications such as LED lighting. "We want to get everything possible out of each battery before recycling," says Chatterjee.

The reuse of electric vehicle batteries in secondary applications is not particularly new. For instance, Nissan has been using batteries from its Leaf EV to power automated guided vehicles that deliver parts to workers in its factories.

In India, specifically, there’s a wide scope of such application as well. For one, electric three-wheelers are widely used across the country – thus a readily available market for such second-life use cases. Additionally, such batteries can also be used to power home inverters, especially in areas with frequent power cuts. That not only extends the life of the batteries, but also ensures more efficient utilisation of resources.