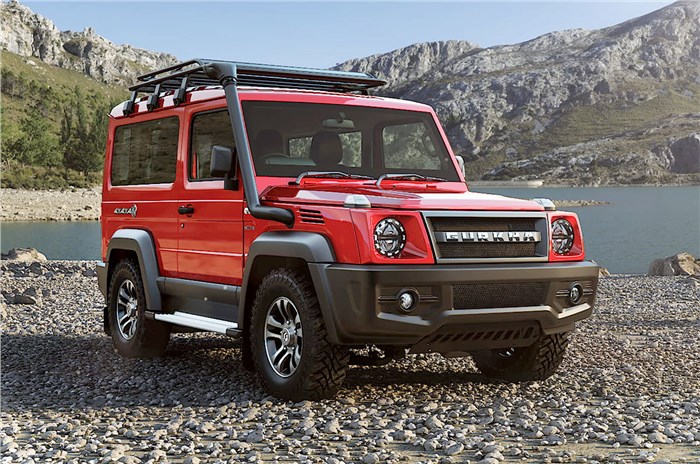 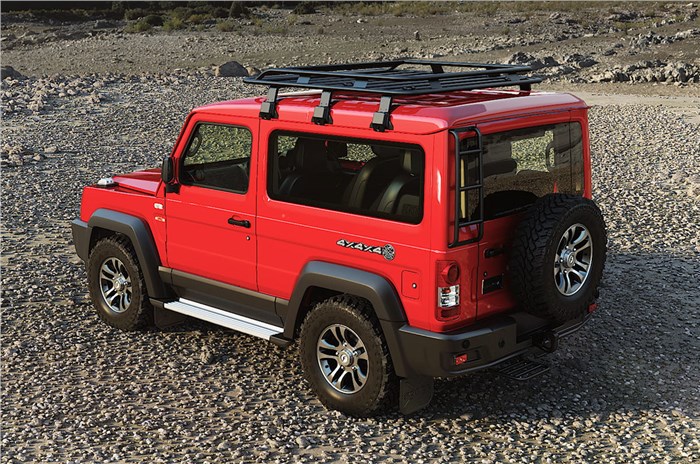 The new Force Gurkha has been revealed in final production spec ahead of its launch on September 27, 2021. The company says that deliveries of the SUV will commence from October 15.

As was evident from the show car, the new Gurkha's design is similar to the outgoing model though the entire body shell is new. Noticeable styling changes include a new grille, bumpers, light clusters, larger windows for the rear passengers – the company calls them panoramic windows – and a larger rear windshield to aid rear visibility. Hardware such as the snorkel comes fitted as standard from the factory. The cabin though gets more notable changes with the new dashboard, touchscreen infotainment system and front facing second row captain seats.

Compared to the car from the Auto Expo 2020, the production SUV gets a few cosmetic differences such as the front grille spelling out Gurkha in place of the Force Logo and 4x4x4 badging on the rear fender which the former lacked. Meanwhile inside, the colour theme has moved away from the show car’s dual-tone cabin to a single tone dark grey.

Moving to the more mechanical aspects of the Gurkha, a lot of mechanicals seem to have been carried over from its predecessor. While the chassis is all new to make the Gurkha comply with the latest safety regulations, the company has upgraded the old 2.6-litre diesel to meet BS6 regulations. The unit puts out 91hp and 250Nm and is paired with a 5-speed manual gearbox. The erstwhile Gurkha Xtreme’s 140hp 2.2-litre diesel has been dropped. As before the Gurkha gets four-wheel drive with low range and manual locking front and rear differentials.

Suspension set-up too remains unchanged with independent double wishbones up front and multilink set-up at the rear. The company though says that it has been retuned for improved ride quality. You can read about how the new Gurkha drives in our review.

Force claims that the Gurkha can navigate slopes with a grade of up to 35 degrees with 4WD engaged and has a wading depth of 700mm, courtesy of the snorkel.

New Force Gurkha: what features does it get?

In a bid to make the Gurkha more appealing Force Motors had tried to add in some more equipment. The aforementioned touchscreen is one such piece of kit and it comes replete with Android Auto and Apple CarPlay and supports phone calls via Bluetooth. Other comfort-oriented features include tilt and telescopic adjust steering, individual armrests for the rear seats, USB charging sockets for all four occupants, power windows, central locking, air-conditioning, LED headlamps with DRLs, fog lamps and cornering lamps.

On the safety front the Gurkha complies with the current regulations with dual airbags, ABS, rear parking sensors, ISOFIX child seat anchors and even a tyre pressure monitoring system.

Like its chief rival, the new Mahindra Thar, Force Motors has pushed to make the Gurkha a more lifestyle oriented vehicle unlike its more bare bones predecessor. The Gurkha will also be available with a list of accessories for buyers interested in customising their SUVs.