2022 Mahindra Scorpio Classic to be sold in two variants

The Scorpio Classic will get 7- or 9-seater options; prices to be announced soon. 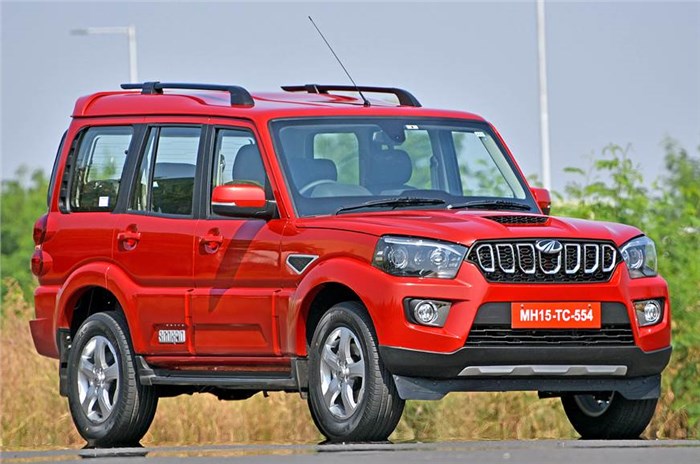 With the Scorpio N launch out of the way, Mahindra is all set to reintroduce the current Scorpio as the Scorpio Classic. It will get two variants upon launch and the entry-level for the range will be the S variant, previously known as the Scorpio S3. Mahindra will also offer a top-spec S11 trim in the Scorpio Classic, which will be loaded with features. With a base variant and a fully-loaded one, Mahindra plans to cater not only to the fleet and security support vehicles but also to private buyers.

The Scorpio Classic will sit below the Scorpio N and pricing is likely to start at Rs 10 lakh.

Mahindra will offer a 7- or a 9-seat layout on both variants of the upcoming Scorpio Classic. It will be powered by a 140hp, 2.2-litre diesel engine as its sole engine paired to the 6-speed manual gearbox. As before, it will not come with 4WD or an automatic gearbox.

The Scorpio Classic will not be just a badge update job; sources tell us that Mahindra has made multiple cosmetic tweaks. The front bumper and grille is all new and gets similar look as the Scorpio N with a similar grille design replete with Mahindra’s new Twin Peaks logo that made its debut on the XUV700.

Why is Mahindra still continuing the Scorpio Classic?

The newly launched Scorpio N is positioned as a more premium product keeping the likes of the Tata Safari in sight. However, despite being eight years old, the outgoing Scorpio is still popular. In FY22, Mahindra sold 38,696 units of the Scorpio, which translates to over 3,000 units a month.

Moreover, the Scorpio N is available with only forward-facing third-row seats. This has been done in the interest of safety. However, the side-facing jump seats of the previous-generation Scorpios had some advantages. For the most part, Scorpios have been used in Tier II and Tier III cities as people movers, where side-facing seats allow for more accommodation. With the Scorpio Classic, Mahindra will continue to offer side-facing seats, retaining the original Scorpio’s USP.

The Scorpio N with all its tech and features has clearly gone more upmarket compared to previous-generation models. It is likely that Mahindra is targeting urban and lifestyle buyers with the Scorpio N, while aiming at buyers who want creature comforts from Tier II and Tier III cities with the Scorpio Classic.

More on the Scorpio N