The sportier, more performance-oriented GLA 45 uses a 2.0-litre turbo-petrol engine, which is tuned to produces 421hp in the top-spec ‘S’ guise. 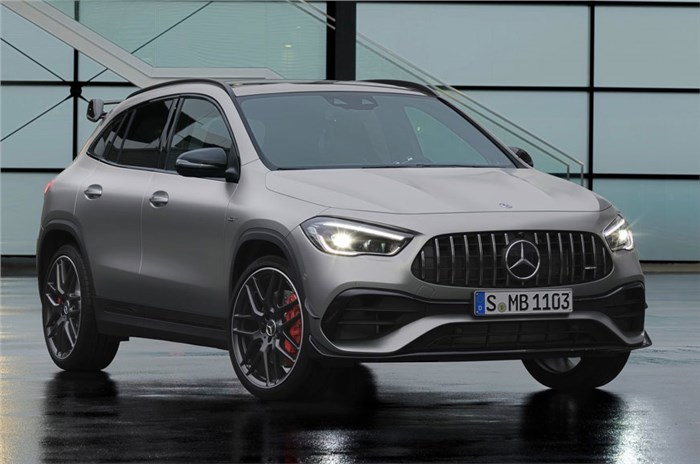 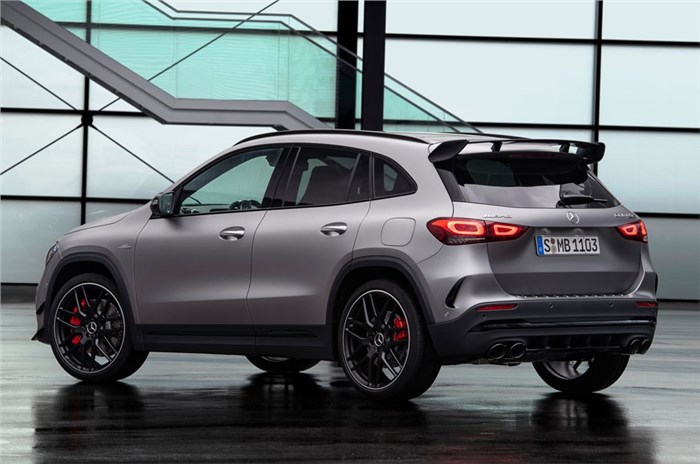 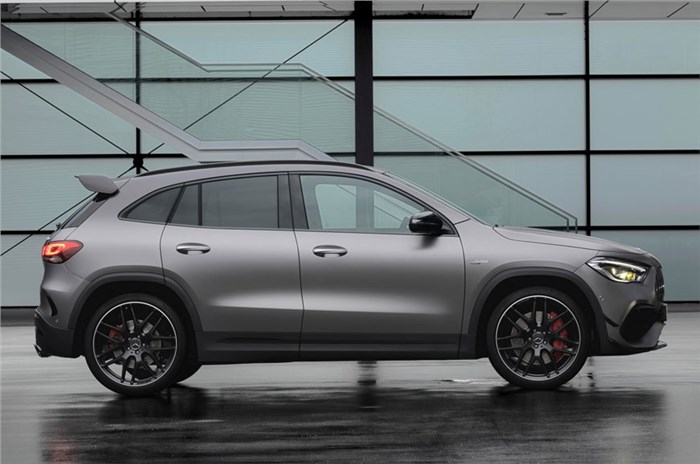 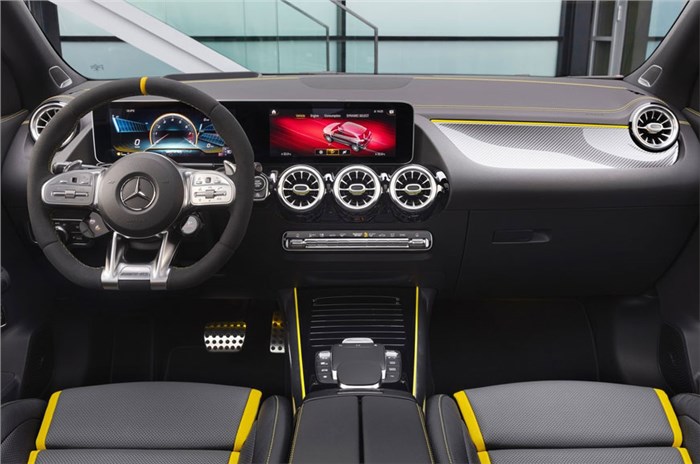 The new Mercedes GLA compact SUV has been given the 45 treatment, courtesy of AMG, packing up to 421hp in its most potent form.

It’s the latest model to receive Affalterbach’s M139 2.0-litre turbocharged engine, the most powerful four-cylinder in series production, and joins the A45 and CLA 45 in AMG’s compact performance line-up.

Like its stablemates, the GLA 45 produces 387hp in standard form, while the top-rung S model brings an additional 34hp (421hp) – making it the most powerful compact crossover available. Mercedes claims the standard car will sprint from 0-100kph in 4.4sec, with the S shaving 0.1sec off that time. The S also goes without the standard car’s speed limiter, taking top speed up from 250kph to 270kph.

Both can be told apart from the standard GLA by performance-oriented bodywork additions, including power domes in the bonnet, flared wheel arches and prominent air intakes.

The GLA 45 is equipped with a variable four-wheel-drive system that uses torque vectoring technology to send different amounts of power to each rear wheel, according to the driving situation. Both wheels are equipped with their own electronically controlled multi-disc clutch, allowing each to be disengaged from its drive shaft individually.

An 8-speed dual-clutch automatic gearbox features, and has been configured to offer spontaneous acceleration at all speeds.

A range of driving modes allow the car to be setup for its intended use. The GLA 45’s ‘Race-Start’ function is said to provide “a highly emotional experience”, by maximising acceleration from stationary and pausing ignition between gears for a more noticeable shift. By contrast, Eco Mode places an emphasis on efficiency, with stop-start and coasting functionalities helping to save fuel.

The interior receives the usual AMG treatment, including sports bucket seats, a bespoke steering wheel with drive mode selection and customisable shortcut buttons, and a special sports view for the digital instrument cluster.

Closer to home, Mercedes-Benz showcased the second-gen GLA SUV at the recently held Auto Expo 2020, and the German Luxury car marque is slated to launch the model in India in the third quarter of 2020.