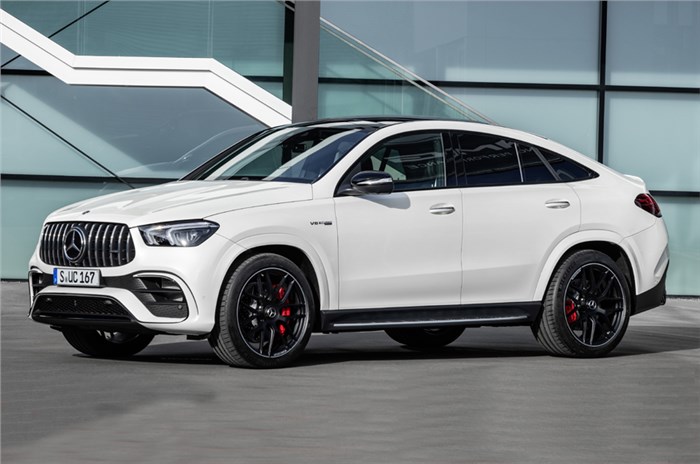 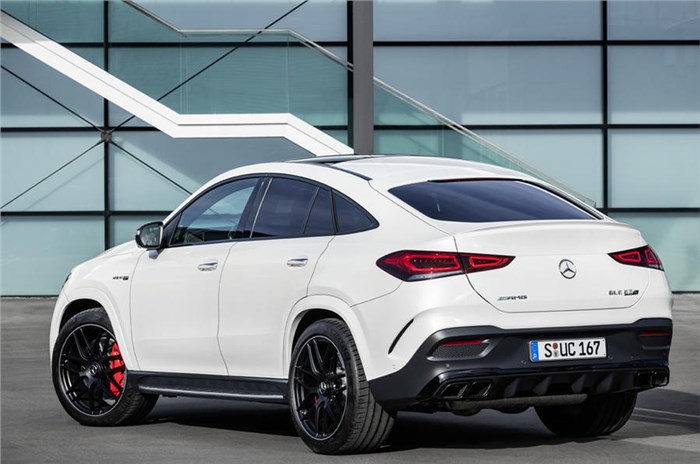 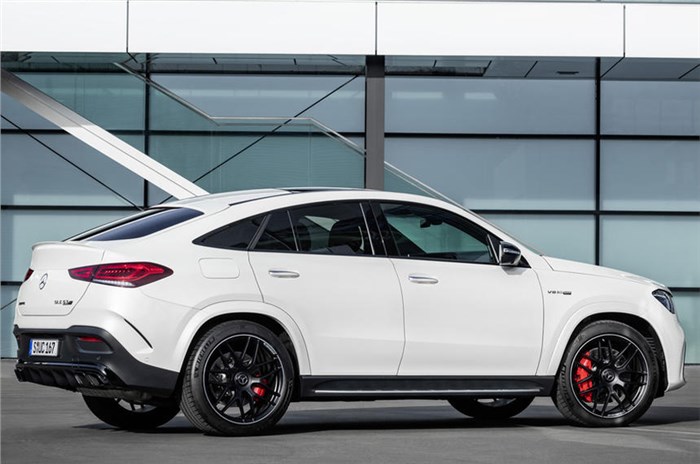 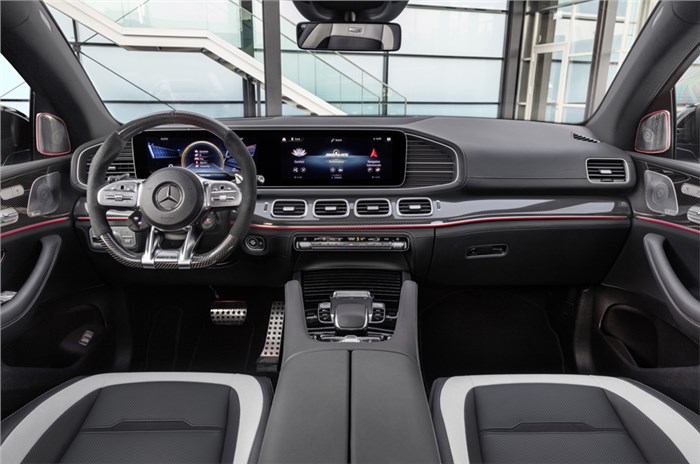 Mercedes-AMG has unveiled the Coupé version of its new GLE 63, which utilises a mild-hybrid powertrain for enhanced efficiency and acceleration.

Aside from the sharply-raked roofline, the SUV-coupé is virtually identical to the GLE 63 that came out last November, pairing AMG’s 4.0-litre twin-turbocharged petrol V8 with a 48V starter-alternator. The mild-hybrid tech supplies an extra 22hp and 250Nm when required.

The Coupé also gets the same 9-speed automatic gearbox, 4Matic+ four-wheel drive, active air suspension, active roll stabilisation and six driving modes that are available on the GLE 63. A seventh drive mode – Race – is exclusive to the S variant.

AMG has redesigned the GLE 63 Coupé in line with its sibling, adding a bespoke grille and a restyled front end with a large splitter and black air intakes. Compared to the standard GLE Coupé, this range-topping version differentiates itself with its chrome-finished ‘Panamerica’ grille and raised ‘powerdomes’ in the bonnet.

At the rear, the 63 gains a black performance-style rear diffuser over the standard GLE Coupé, which houses a bespoke AMG twin-exit exhaust system. An optional Night Package turns the exhaust tips black, along with the side skirts, front splitter, mirror caps and window frames.

Completing the aggressive looks are 22-inch wheels that are standard on the more powerful AMG GLE 63 S Coupe.

Inside, the interior is visually identical to that of the regular GLE 63, with Nappa leather seats, a sports steering wheel, carbon-effect trim elements and AMG badging throughout.

Late last month, Mercedes-Benz India announced prices for the new GLE (Rs 73.70 lakh-Rs 1.25 crore*), though earlier in January, it had confirmed that the SUV-coupé version would launch this year as well.  As Mercedes only offered the previous-gen GLE Coupe in India in AMG 43 form, it remains to be seen which engine options will be offered this time around.