Launched at Rs 7.90 lakh, we compare the ARAI-certified fuel-efficiency figures of the XUV300 with its rivals like the Vitara Brezza, Nexon, EcoSport and Creta. 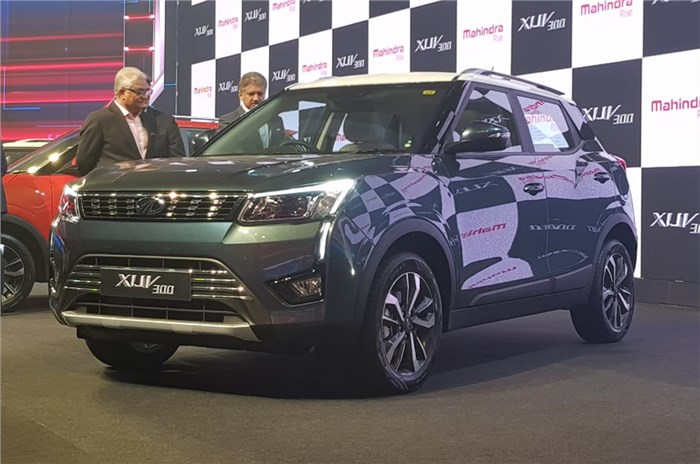 In the tightly contested compact SUV segment, fuel efficiency can be a key differentiator – especially when the model is up against established players like the Maruti Suzuki Vitara Brezza, Tata Nexon, Ford EcoSport and the Hyundai Creta.

Let’s see how the new Mahindra XUV300 stacks up against the competition in terms of fuel efficiency and pricing.

As tested by ARAI, the XUV300 petrol variant does a claimed 17kpl while the diesel version returns a figure of 20kpl. The 1.2-litre turbo-petrol engine’s fuel efficiency figure is on par with the petrol versions of the Tata Nexon and Ford EcoSport and is higher than that of the petrol Hyundai Creta. The Mahindra also produces the most torque in this comparison.

The diesel-powered XUV300 has a fuel-efficiency figure of 20kpl, lower than almost all of its rivals. The Vitara Brezza reigns supreme in this aspect with a claimed 24.3kpl. The diesel EcoSport and Nexon return an ARAI-claimed 23kpl and 21.5kpl, respectively. The Hyundai Creta’s 1.4-litre unit does 21.3kpl while the larger 1.6-litre motor returns 19.6kpl. As is the case with the petrol engine, the diesel XUV300 also boasts of the highest torque figure in this comparison.

While competitors offer the convenience of an automatic gearbox, the XUV300 is available as a manual-only model. An AMT gearbox will be added to the line-up shortly – and will be replaced by a torque converter unit next year.

As for price, the XUV300’s range starts at Rs 7.90 lakh for the base petrol W4 variant and goes up to Rs 11.99 lakh for the top-spec diesel W8 (O) trim. In this comparison, the Nexon is the most affordable SUV, with its petrol variants starting at Rs 6.36 lakh and the diesel range beginning from Rs 7.40 lakh (ex-showroom, Delhi). The XUV300 is priced to directly take on the Ford EcoSport, and seeing as its fuel effiency figures are nearly at par with the Ford's, the Mahindra seems to be a viable buy in the compact SUV segment.