Mahindra’s upcoming compact SUV is wider and has a longer wheelbase than the EcoSport, Nexon and Vitara Brezza. 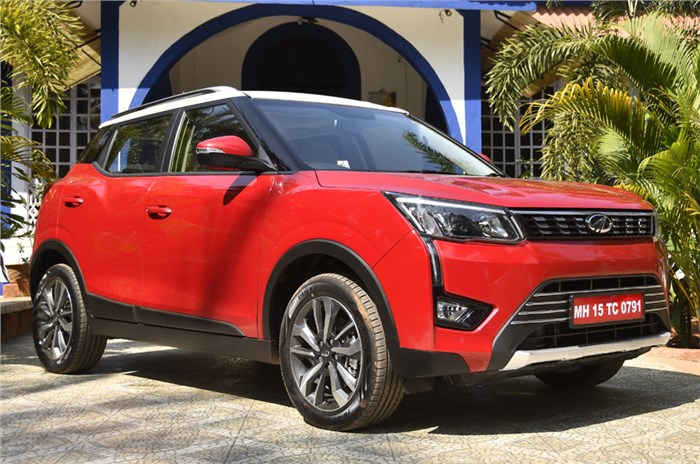 In the run-up to the launch of the Mahindra XUV300, the upcoming compact SUV's dimensions have leaked online. As promised by the Indian carmaker, the XUV300 is the widest in its class and has the longest wheelbase. The table below has the details:

Despite sharing its platform with the SsangYong Tivoli (which measures 4,195mm), the XUV300 is obviously shorter in order to slot into the sub-four-metre category. However, the Mahindra is also wider (by 26mm) and taller (by 27mm) as compared to its Korean counterpart.

Compared to its compact SUV competition in India, the XUV300 is expected to be more spacious on the inside, thanks to a comparatively longer wheelbase and overall width. The Mahindra also sports the thickest tyres in its class.

While the XUV300’s turning diameter is the same as that of the EcoSport; the Nexon and Vitara Brezza sport a 10.2m and 10.4m turning circle, respectively. In addition, the XUV300 has the smallest fuel tank and boot capacity (with the rear seats in place) amongst the lot.

At launch, Mahindra has elected to offer either of two engine options – a 1.2-litre, four-cylinder, turbo-petrol mill and a 1.5-litre, four-cylinder, turbo-diesel motor – mated to a single 6-speed manual gearbox. Mahindra claims class-leading torque figures (200Nm for the petrol and 300Nm of the diesel) for the XUV300. Fuel efficiency for the XUV300’s petrol and diesel engines are 17kpl and 20kpl, respectively.

Prices for the Mahindra XUV300 will officially be revealed on February 14, 2019. However, the Indian brand has said that the new compact SUV is expected to be priced in the Rs 8-12 lakh (ex-showroom) bracket. Given that it will get segment-first features like dual-zone climate control, front parking sensors, steering modes (that alter steering weight) and heated wing mirrors, the XUV300 is expected to eat into its rivals' market share.

Mahindra XUV300: What to expect from each variant