2018 Honda Amaze to get Apple CarPlay and Android Auto

New Digipad 2.0 infotainment makes its debut on the Amaze; expected to be rolled out on other Honda models. 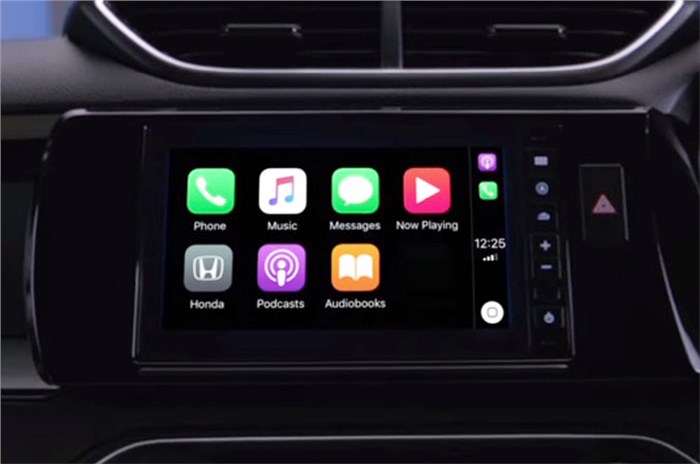 Feature-packed infotainment systems are increasingly ranking up the priorities list for car buyers. And taking cognizance of the fact, Honda has equipped the second-gen Amaze with its latest infotainment system. Branded ‘Digipad 2.0’, the new infotainment system comprises a 7.0-inch touchscreen unit, similar to the first Digipad that’s been on offer on the City, WR-V, BR-V and erstwhile Amaze Privilege Edition. However, the key addition on Digipad 2.0 is Apple CarPlay and Android Auto support. The mirroring standards give access to key smartphone functions via the car’s touchscreen. And as anyone who has used Android Auto or Apple CarPlay will attest, the integration of phone and car features is just excellent.

In addition to Android Auto and Apple CarPlay, Digipad 2.0 will also provide MirrorLink for compatible phone models. Other features you can expect are Wi-Fi connect with a synced phone for live navigation info, and the option to browse the internet and check e-mail at halts. A customisable layout with flexible icons and the option to set wallpapers are also likely to be incorporated as on Digipad 1.0, and a video player and image viewer are also expected, making the Honda setup more feature-packed than Maruti Suzuki’s SmartPlay unit or Hyundai’s AVS.

Company officials haven't confirmed if and when the Digipad 2.0 system will be rolled out on other models, but it seems upgrades will happen sooner rather than later.

Is a good infotainment system a make or break criteria in your car-buying decision? Let us know in the comments section below.