Located on NH-1, between Srinagar and Leh, the tunnel will be constructed at an elevation of 3,000 metres and will be the longest tunnel road in Asia. 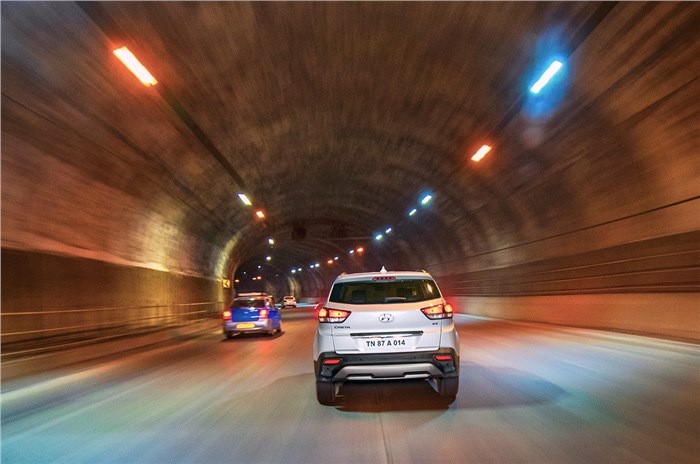 The Zojila tunnel’s construction has commenced, with the inaugural blasting being conductedon October 15. The 14.15km tunnel, being constructed on National Highway 1, will provide all-weather access to the union territory of Ladakh from Jammu and Kashmir. Currently, the Zojila pass is only motorable for six months in a year, with the road shut during the winters.

The project, measuring a total of 32.78km in length – including an 18.63km approach road – was conceived in 2005, with a detailed project report being prepared by the Border Roads Organisation in 2013. The foundation stone for the projectwas laid down in May 2018, but work couldn’t progress beyond July 2019, with IL&FS, the company originally awarded the contract, running into financial trouble. The contract was subsequently terminated. It was then awarded to Megha Engineering & Infrastructure Ltd (MEIL) with the Letter of Acceptance issued in August 2020.

The 14.15km two-lane, bi-directional, single-tube tunnel, which is set to be the longest of its kind in Asia, will connect Baltal and Minamarg, thus reducing the need to use the Zojila pass. While the original plans for the tunnel called for a parallel egress tunnel, modifications to the plans, following consultations earlier this year, has dropped the need for one. The modifications though included the construction of a protected approach road connecting the tunnel with the under-construction Z-Morh tunnel. The Zojila tunnel is expected to take six years to complete, with the approach road being completed in 2.5 years.

The 18.63km approach road will feature protective structures such as catch dams, snow galleries and deflector dams to provide protection against landslides and avalanches.

The project is said to reduce the travel time of over three hours to navigate the Zojila pass to just a 15-minute journey.

Highlights of the Zojila tunnel

The tunnel will feature emergency lay-by areas at intervals of every 750m staggered on either side of the road, with niches housing fire hydrants and extinguishers and emergency telephones located at intervals of 125m. The tunnel will also feature an automatic fire detection and suppression system and will be under constant monitoring via CCTV cameras. The speed limit inside the tunnel will be set to 80kph.

Going Places: A Drive of 250km