The mighty Hexa takes on a demanding task, covering 35km of the chaotic roads of Mumbai, daily. 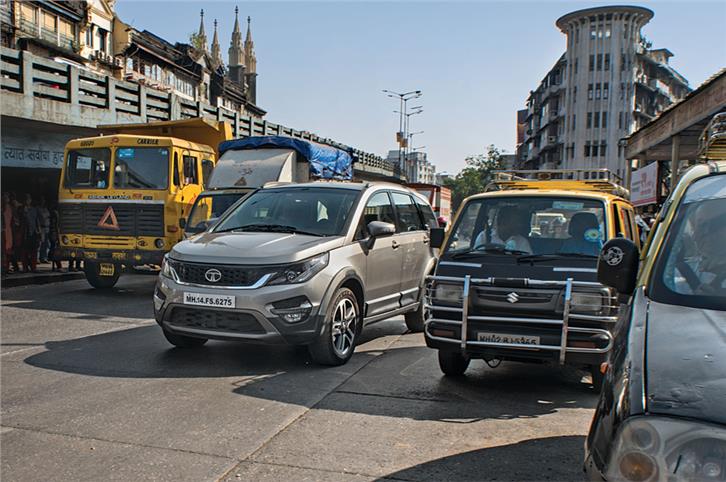 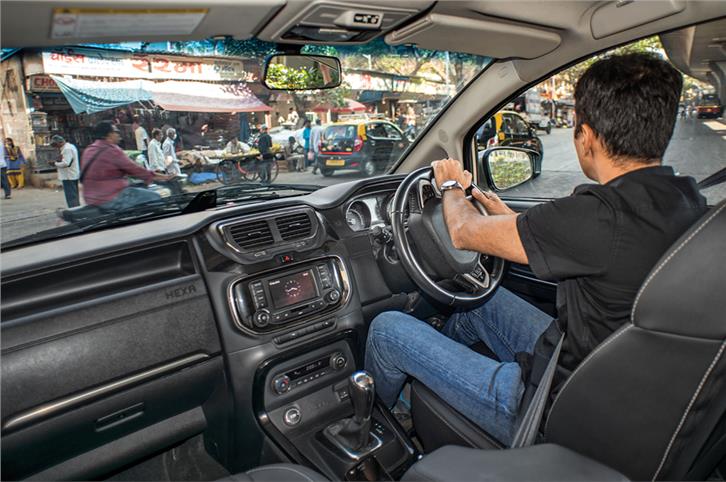 HIGH UP: The seat is placed at a nice height and you get a commanding view of the road ahead. 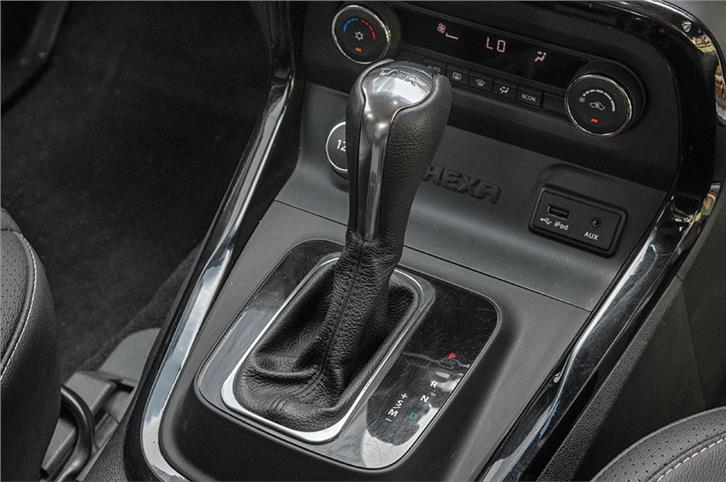 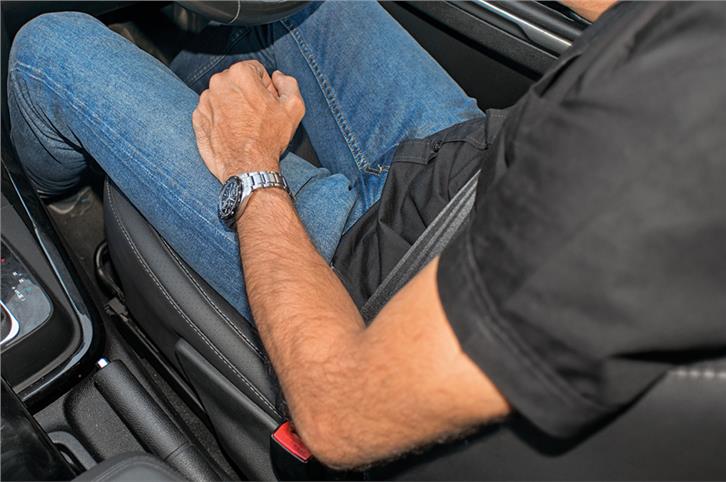 ARMREST DESIGN: No elbow support thanks to the cutaway for the parking brake.

If you judge a fish by its ability to climb a tree, it will live its whole life believing it’s stupid’. We’ve definitely heard this before, but the thing is that, being left with the Hexa for two full weeks, I ended up doing just that.

We’ve had the Hexa for a while now and it impressed Shapur and Renuka on their drives on the Mumbai-Pune highway. No surprise here, it’s a great highway cruiser with a fantastic ride, with large and comfortable interiors and a powerful engine. Shapur thought it was great in city traffic too, but he lives barely 10min away from the office, so I’ll discount that for now. So, is the Hexa really a good daily city commuter? And how would it do running the entire length of Mumbai – from Dahisar checkpost to Byculla, 35km of the city’s madness and the horrors of the Western Express Highway?

To begin with, the Hexa’s length will do you no favours, piloting a 4.7m car means sitting back and letting that small Maruti have that tiny gap in the traffic. Make no mistake, the engine is pretty responsive and you can certainly gun it to close gaps, but the length keeps it from slotting into tight spots. Then there’s the sheer mass; the Hexa is portly and this tells on its fuel efficiency in the city.

In traffic, I often switch the trip computer to the instantaneous efficiency display just to see how lightly I can caress the engine. In most hatchbacks and small sedans, I achieve a change in pace with the instantaneous efficiency dropping a smidgen below 10kpl, but in the Hexa, this is just not possible; mileage drops to somewhere around 4kpl during acceleration. You see, an engine consumes maximum fuel when changing pace, and with 5-15kph and back to 5kph bursts for 20km of my commute, means the Varicor engine is always opening up its throat and gulping down fuel. This translated to an average of just about 9kpl in those two weeks.

There are other minor things that will annoy you in traffic too. The Hexa’s ergonomics aren’t great and the cutaway for the parking brake on the driver’s side will leave you wanting some place to rest your elbow. Storage spaces aren’t too many and you’ll find yourself looking for somewhere to keep that cone of peanuts you just bought, and the AC blower adds to the traffic din as it is quite loud, even at the lowest speed.

On the positive side, the seating position is nice and lofty, and it gives you a great view of your battle zone surroundings; something I really appreciated in the tight confines of Mumbai’s roads. And then there are the tyres – they may be 19-inchers, but with the tall 55 profile, they fall in the league of large SUVs, and virtually obliterate the potholes that make up our streets. Also, as mentioned earlier, the engine is peppy enough for the short, quick bursts of power you need in traffic, and the steering, while not super light, isn’t punishingly heavy; it’s far lighter than an Innova’s. And there’s the JBL sound system that sounds great.

So, yes, to conclude, you could use the Hexa as a daily city commuter, but it isn’t ideal. It’s just like fish then, while they are best in water, there are some that live in trees too. Oh yes they do, Google Mangrove Killifish, or mudskippers.