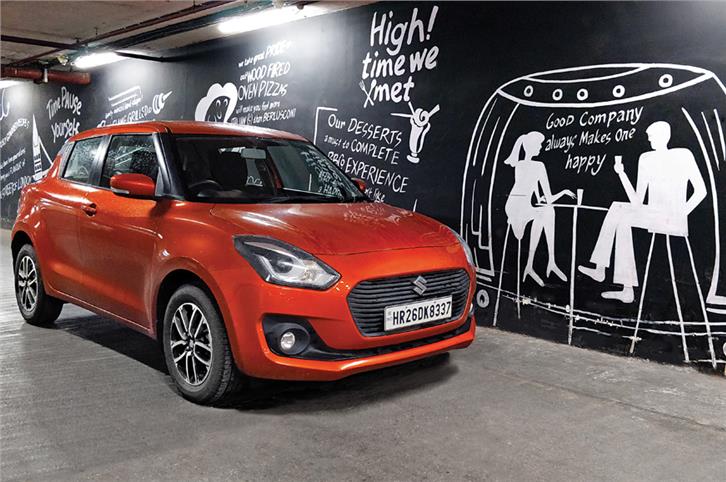 The Swift is adding a bit of colour to an otherwise boring commute but some glitches have cropped up.

An unusual duel with the Mahindra Scorpio on the drag strip aside, our Maruti Suzuki Swift has been living a fairly ordinary life. It’s my ride from home to work and the gym, a round trip that adds just about 15km on the odometer. That may not sound like a lot but in Mumbai, it equates to over an hour spent in the car each day. And that’s why I’m peeved that the Swift’s infotainment system and my phone have developed some sort of animosity of late. My OnePlus 5 doesn’t always pair with the infotainment system automatically as it should (I often have to re-pair the phone), and even Android Auto has become temperamental. The Android Auto screen often blanks out and won’t re-appear until I restart the car after a longish period. I can manage without the voice-activated phone and audio functions but I genuinely rely on Google Maps’ live traffic updates to plan my course. I’m yet to get to the bottom of whether this is a glitch with the phone or the car’s system, but I hope it’s a quick fix. What also needs attention is the 12V power socket that’s stopped working. 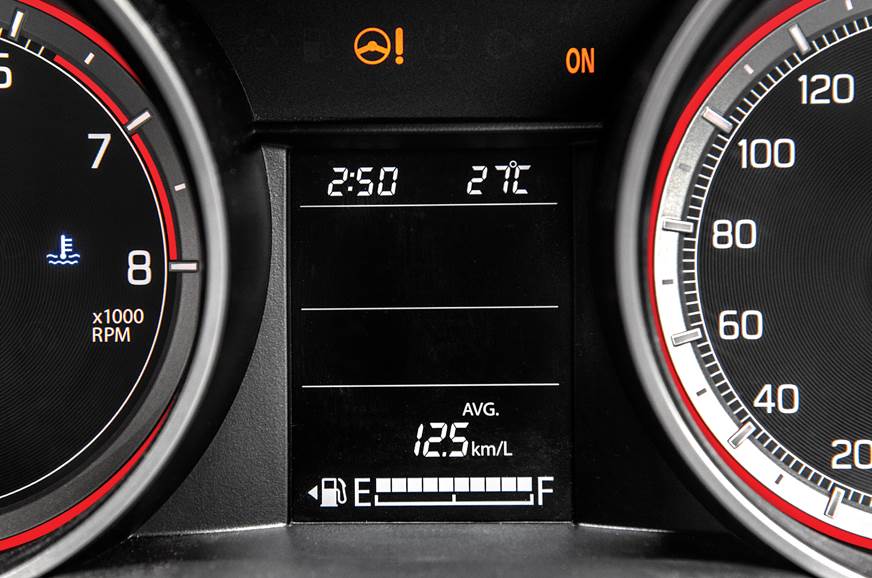 FILL IT, SHUT IT, FORGET IT: Economy hasn’t dipped below 11kpl even in the worst of traffic.

The rest of the package is running just fine. The 1.2-litre engine is peppy as ever, gearshifts require
little effort and even the clutch is none the worse for wear, despite the constant stop-go traffic and, ahem, the repeated hard launches at our drag event. And absolutely no complaints about the fuel economy the Swift’s been delivering. The car’s been averaging around 11.4kpl in town, which is more than fair for Mumbai’s conditions. Also, a special mention for this top-spec ZXi+ trim’s LED headlights – the DRLs are brighter than most cars’ parking lamps. The auto headlight feature is quick to respond to changes in ambient light and the impressive illumination, in general, is a huge help on the city’s perennially battered roads. The LED lights also look so much more special than the simple halogen units of lesser Swifts. Before I forget, did I mention that I love the way the Swift looks? And while I didn’t expect to, I’ve begun to dig the orange colour on our car too. A cheerful car like the Swift warrants a happy, cheerful colour. 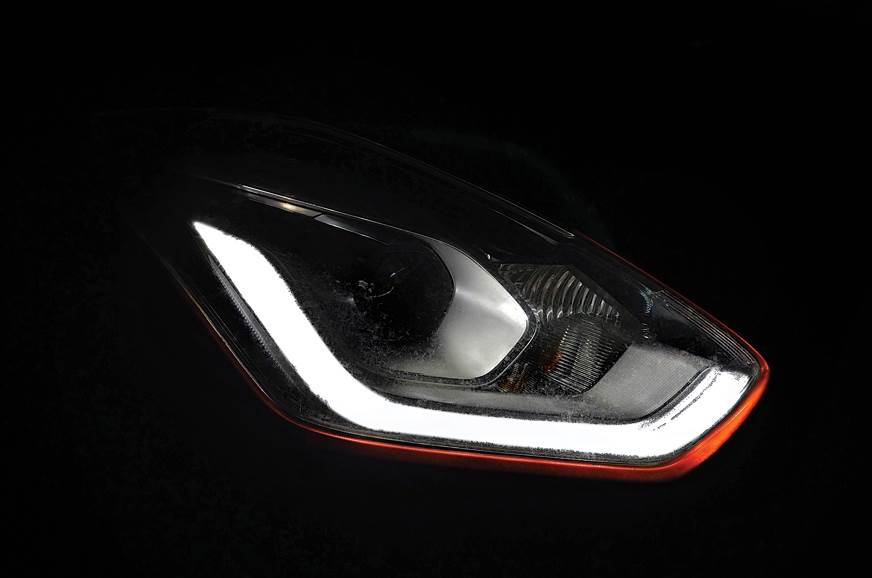 The parents will be visiting soon and I can already picture them critiquing the Swift’s rear seats. I’ve opted to sit at the back on the odd lunch run for dosas and, honestly, have had no problem with the space. It’s just that calling the Swift’s all-black interior theme ‘sporty’ will cut no muster with my folks who are sure to find the cabin gloomy, and I’m also sure the small rear windows are going to be a topic of discussion very early into their journey from the airport. Of the other things, the rear door handle position aft the window (rather than on the door) continues to confound those not in the know; few manage to locate it at first glance. 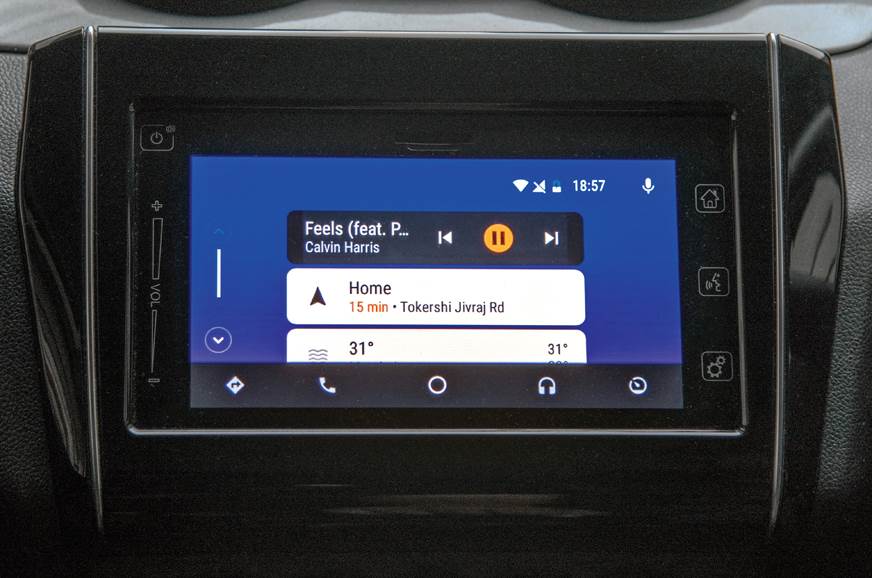 All said, I’ve developed a fondness for the Swift. Sure, I’m yet to venture out of city limits but the Maruti has been a fine companion on my mundane commutes. All that’s needed is to get the damn phone pairing going again. 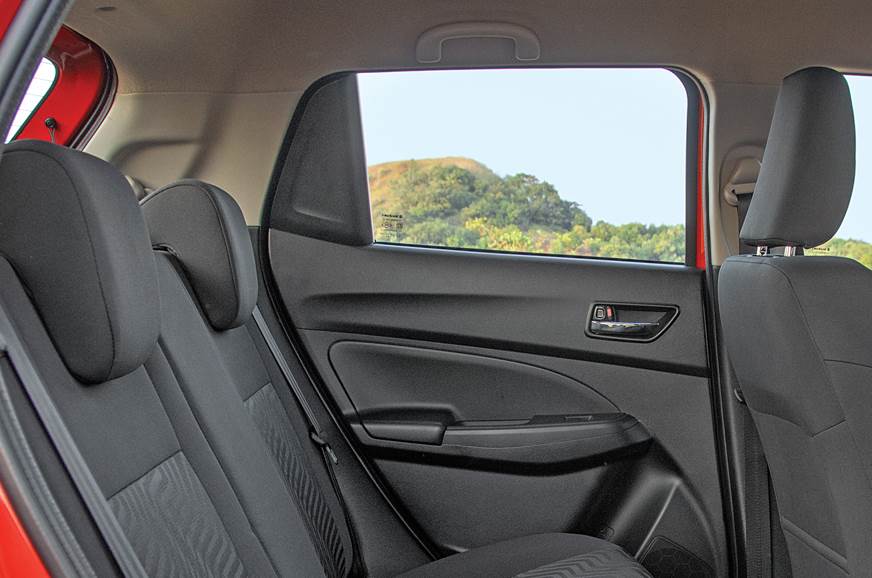 WINDOW TO THE WORLD Rear windows are small and restrict the view out.