Suzuki’s Gixxer 250-based adventure tourer tested in the real world. 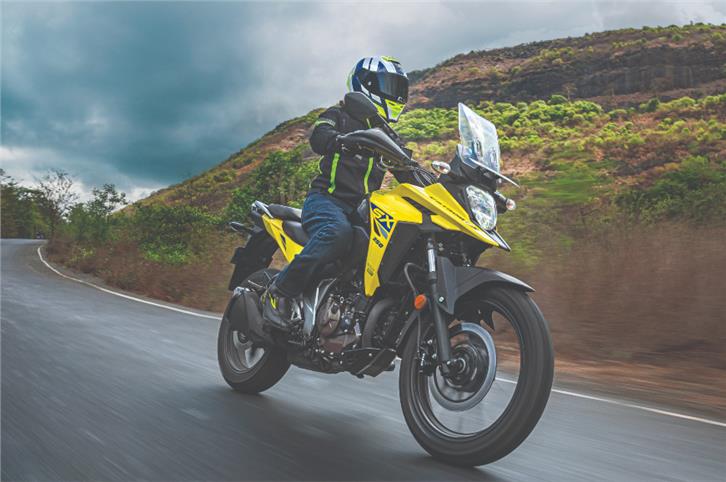 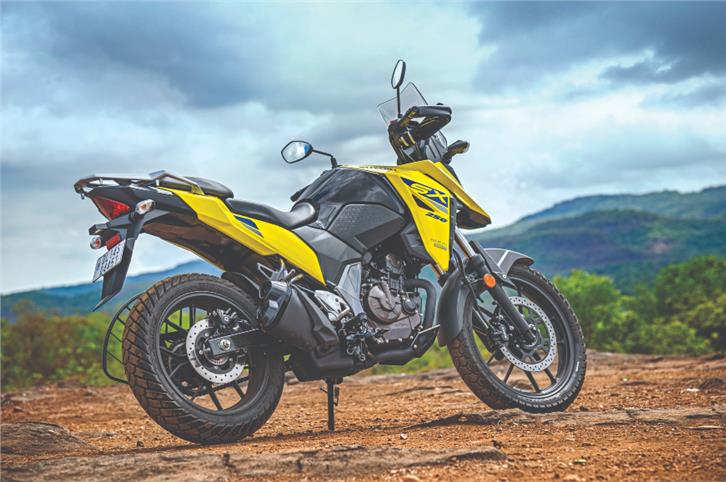 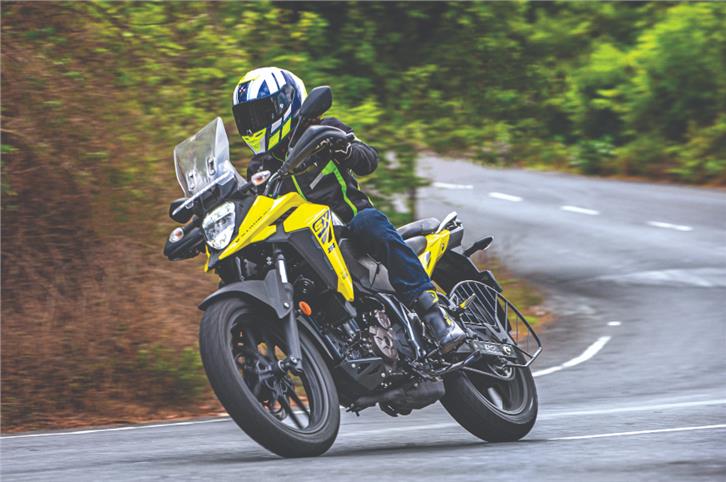 The V-Strom SX marks Suzuki’s first foray into the quarter-litre adventure touring segment. Based on the established Gixxer 250, the V-Strom SX promises to be a more versatile motorcycle than the one it’s based on, but at a cost. While it did leave us impressed after our first ride, we wanted to see how it would perform through an exhaustive road test.

The V-Strom SX is a handsome looker and having taken design inspiration from the bigger V-Stroms, it’s large and has great presence. There are plenty of cuts and creases on the bodywork and the beak-like front end, tall windscreen and knuckle guards immediately identify it as an ADV. The slim tail section is neatly styled and features a luggage/top box rack as standard. Suzuki has also used textured panels on the side of the tank to good effect and our test bike’s yellow paint grabbed eyeballs too. The over-exaggerated saree guard, though, is an eye-sore.

Being a shared model, it does borrow many elements from the Suzuki parts bin. For example, the headlight unit is off the current Gixxer, whereas the tail-light is taken from the older-gen Gixxer 155. Other commonalities include the indicators, switchgear and mirrors. As for features, it gets an LCD instrument console with Bluetooth, call and message alerts and turn-by-turn navigation, LED headlight and tail-light and a USB charger.

The overall fit and finish of the switchgear and body panels are largely good. But, there is room for improvement, with some rough welds on the foot peg mountings and a gap between the bottom of the headlight and the front beak.

The SX’s ergonomics are well suited to touring applications, thanks to the spacious, well-padded seat, wide handlebars and foot pegs that aren’t too rear-set. The seat height, though, at 835mm, is 35mm higher than the Gixxer’s, which may be a deterrent for smaller riders. When it comes to riding off-road, the handlebar is set too low for when you want to stand on the pegs and ride.

On the road, the 19-inch front wheel results in slower steering, which goes with the big ADV feelings this bike is trying to generate. The V-Strom’s ride has a hint of underlying firmness, but that improves as you pick up the pace. The suspension, which is again carried over unchanged from the Gixxer, does a decent job of dealing with bumps and undulations, but you can’t call it plush. Still, even after a full day’s riding in city and highway conditions, there was barely anybody pain to complain of. When sitting pillion though, the ride does feel a bit harsh as most of the jolts filter through.

The front wheel and 205mm of ground clearance do give it some off-road ability, but the suspension is the limiting factor. While it can do mild off-roading, it feels best doing on-road activities.

The V-Strom SX feels planted at high speeds with well-contained vertical movements and it’s sure-footed around corners, which is confidence-inspiring. The MRF Mogrip tyres offer good grip too, but the knobby pattern results in a bit of road noise. In the city, the wide handlebars offer good leverage to filter through traffic, but you have to be mindful of its width.

As for the brakes, you’ll need to pull the lever a little harder than you’d like, but the stopping power is adequate.

The refined 250cc engine, which has been carried over in the same tune as the Gixxer 250, feels very tractable, allowing you to travel at lower speeds in the city without having to make too many gear changes. Though it has a good midrange, to extract the maximum performance out of it, you’ll have to rev it out. And when you do rev it, mild vibrations can be felt on the foot pegs and handlebar once you get close to 7,000rpm.

With 26.5hp and 22.2Nm on tap, performance is par for the course. It does 0-100kph in 9.39sec, which is quicker than the more powerful but heavier Yezdi Adventure’s 9.83sec time. The V-Strom pulls well till about 110kph, but then progress tapers off. Still, we managed to see a speedo-indicated top speed of around 140kph.

The gearbox also remains the same as the Gixxer’s, down to the internal gearing and sprocket sizes. The shifter is slick enough and takes minimum effort to operate. The clutch lever though feels a little on the heavier side to pull, but it’s not painful, even in city riding.

The V-Strom returned 35.5kpl in the city and 38.1kpl on the highway, which is decent for a bike this size. The economy is down on the Gixxer 250, seeing as it weighs 11kg more. Even with its relatively small 12-litre tank, the SX has a possible range of over 400km, which is acceptable for an adventure tourer.

In essence, the V-Strom SX builds on the Gixxer 250’s proven credentials by offering better ergonomics and mild off-road capability. It is an excellent touring machine that can take on the role of a day-to-day commuter as well.
However, the added flexibility does come at a cost – Rs 30,000 more than the Gixxer 250 to be precise. For the extra cash, you get the ADV looks and dimensions, as well as Bluetooth connectivity. All in all, the Suzuki V-Strom SX feels like a nice all round, touring motorcycle, albeit a very road-biased one. 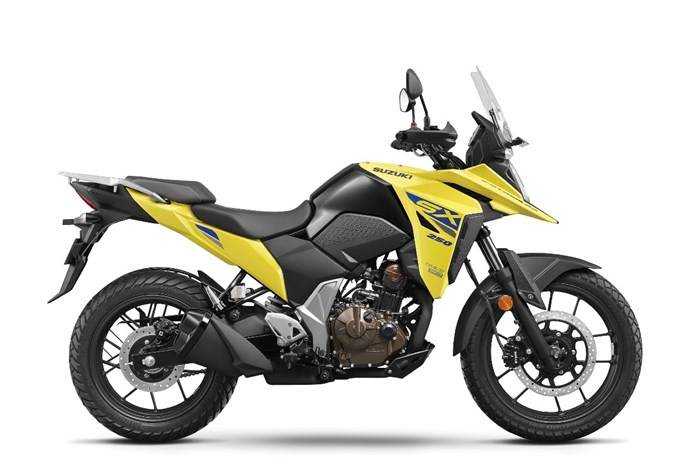