Spy pictures confirm that a faired version of the FZ25 is close at hand. 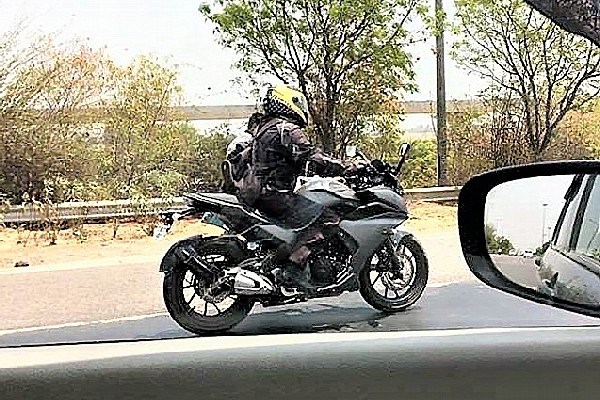 The Fazer has been Yamaha’s moniker for the semi-faired versions of their naked roadsters – a case in point (in India) being the Fazer FI, which is basically an FZ16 with an added half fairing and twin headlights. It was just a matter of time that Yamaha India gave the Fazer treatment to its latest FZ25 which launched earlier this year. And it seems that time is upon us as a few spy pictures have captured the Fazer 25 being tested.

While it is clear that the spy pictures show a faired version of the Yamaha FZ25, there’s no other information regarding what’s really changed on the bike. Compared to the Fazer FI (150cc), the fairing of this bike seems to be a bit larger, extending into a belly pan as well. So, at first glance at least, this seems to be more of a full-fairing setup; a departure from the standard Fazer formula.

Everything else seems to be kept as is from the FZ25. Just like all the Fazers before it, the mirrors have been fairing-mounted, and the standard handlebars have been carried over as well (no clip-ons here). The 14-litre fuel tank, tail section, wheels, brakes, and even the rear tyre hugger look identical to the naked version. It’s safe to assume that this new Fazer will run a dual headlamp setup.

The FZ25 is powered by a 249cc air-cooled, single-cylinder motor which runs fuel injection and makes 20.9hp of peak power at 8,000rpm and 20Nm of torque at 6,000rpm. It gets standard telescopic forks at the front, and a preload adjustable monoshock at the back. Braking duties are handled by a single, 282mm front disc and a 220mm rear disc. The Fazer 25 should run the exact same mechanical setup (engine, chassis, suspension, brakes) as the FZ25. The FZ25 has a kerb weight of 148kg and we expect the Fazer to tip the scales at about 4-5kg more, thanks to the added weight of the fairing.

There’s no word on when the Fazer 25 will be hitting showrooms, but given the near-production ready nature of the bike in the spy pictures, we can assume that Yamaha is looking at a launch this festive season. There is also a slight possibility that this new faired bike might be christened as the Fazer 250. Given that the FZ25 costs Rs 1.20 lakh (ex-showroom, Delhi), expect the Fazer 25/250 to be priced around the Rs 1.30 lakh mark.