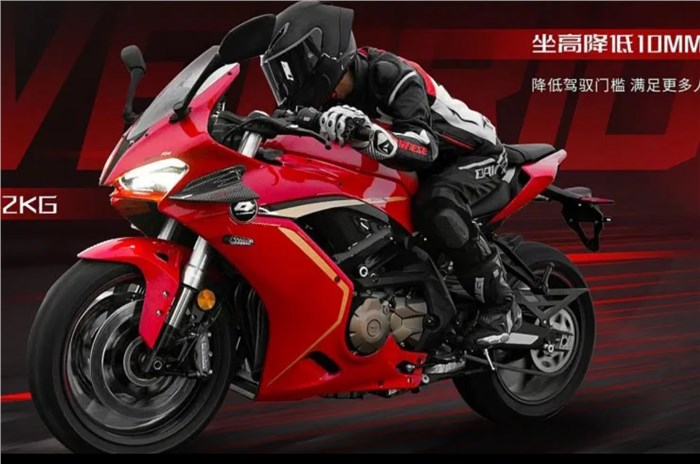 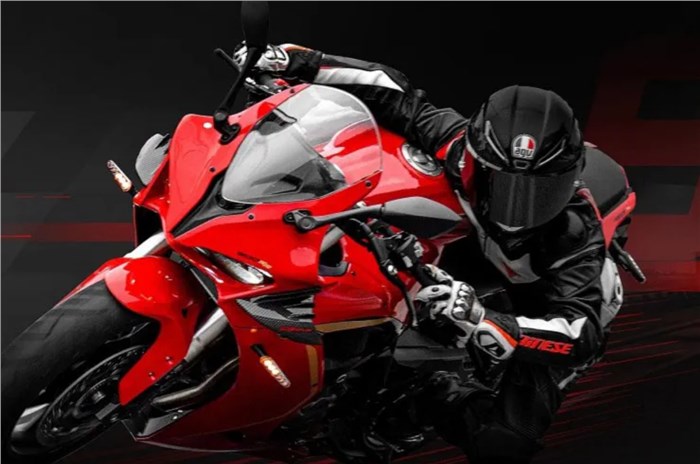 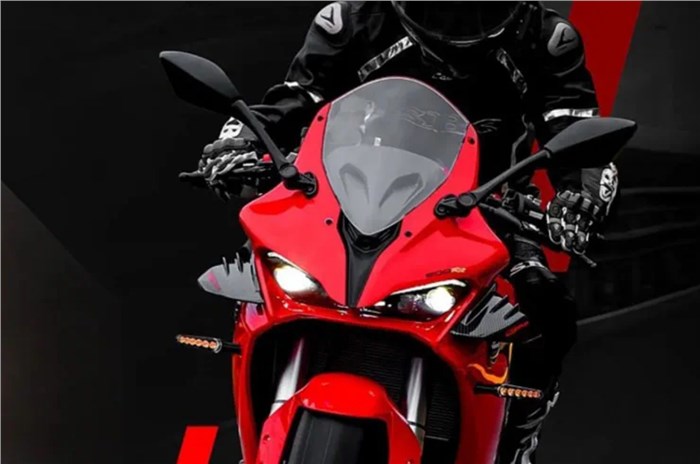 Chinese bike manufacturer QJMotor has given the 600RR motorcycle a complete overhaul for its 2022 version. Launched two years ago, the 600RR was the first four-cylinder product from QJMotor wrapping the underpinnings of the TNT600i in a fully-faired sportsbike offering.

There could possibly be a future Benelli version on the same platform. 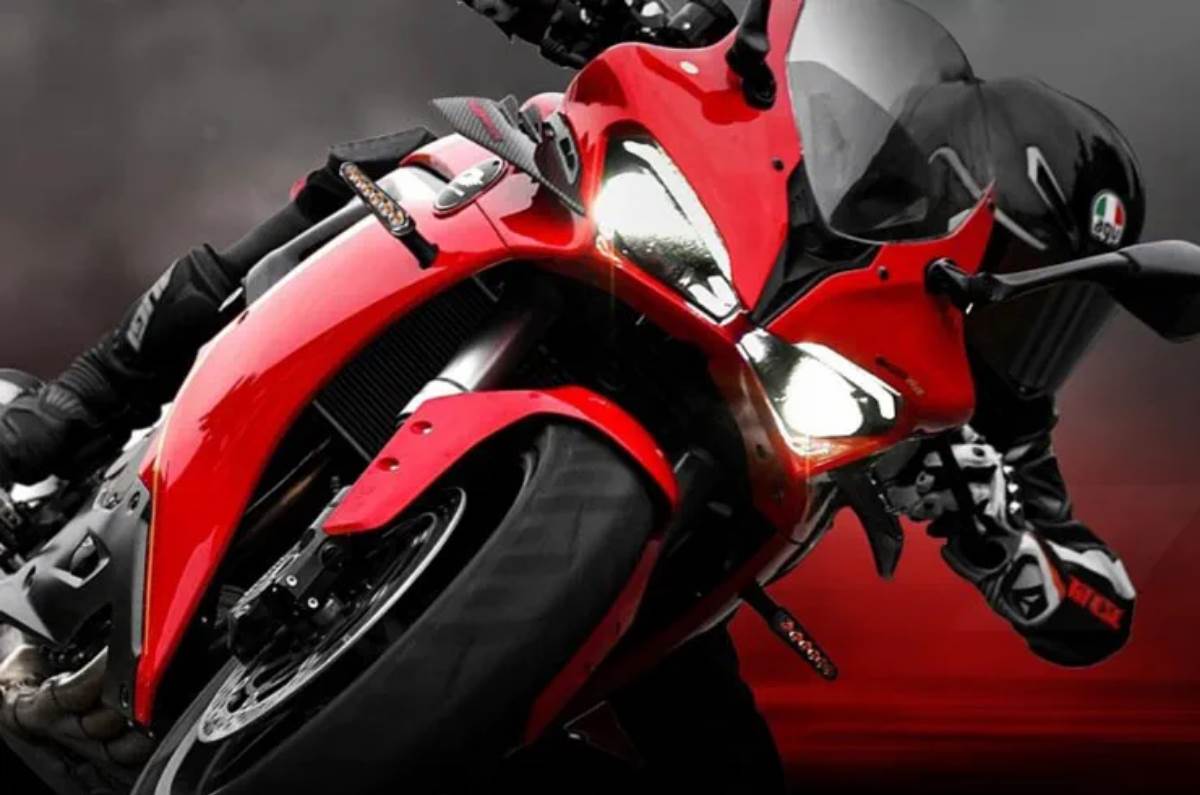 The newly redesigned front fascia has more than a hint of Ducati to it – especially with those carbon-effect winglets – and the side profile is quite reminiscent of the Honda CBR650R sold in India. This continues the trend of Chinese brands ‘borrowing’ design elements from established manufacturers in the two-wheeler marketplace.

The new bodywork has helped reduce the weight of the 600RR by 2kg, bringing the wet weight down to 213kg – which is still a little heavier than the likes of the Honda CBR650R. The fuel tank size has gone up by 1.6 litres bringing the total capacity up to a substantial 18 litres. The rear of the bike has followed the modern-era sportbike trend of sharper and higher tail sections, with the 600RR’s tail rising up by 50mm. However, the rider’s seat is now closer to the ground by 10mm, making for a friendly 800mm seat height. Full LED lighting is standard.

According to QJMotor, the winglets aren’t entirely for show, providing 5kg to 6kg of downforce at 150kmph, while improving stability at higher speeds as well.

While the chassis remains unchanged, the engine does get a small bump up in power and torque. This is largely due to a redesigned exhaust system with reduced back pressure and a 5 percent reduction in internal engine friction. The numbers now stand at 87.2hp (up from 81hp) and 56Nm (up from 52Nm), arriving at 11,500rpm and 10,500rpm respectively.

Equipment levels are quite impressive with a (non-adjustable) upside-down KYB front fork and an adjustable monoshock at the rear. Braking duties are handled by dual 4-piston radially mounted Brembo calipers paired to a radial master cylinder at the front and a single two-piston caliper at the back with dual-channel ABS as standard. There’s traction control, riding modes and a quickshifter, albeit it only works on upshifts.

The QJ gets a 5-inch TFT display that will show you the traction control level and rider modes selected and a USB-C port as standard.

QJMotor is the parent company of Benelli and it is quite likely that the 600RR is going to form the base of a new Benelli model. Previous teasers released by Benelli reveal a name, Tornado 650R, and it’s quite possible this could be based on the QJMotor 600RR with a small bump in displacement.

Benelli discontinued the popular TNT600i in India as it did not meet the stricter Euro-5/BS6 emission norms. The TNT600i was a big hit in India thanks to its affordability and inline four engine, so a new, emissions-compliant version will be sure to find many takers at the right price.

Are you excited for the possible return of an inline four motorcycle from Benelli? Let us know in the comments section below.