The upcoming sportsbike features design language similar to Benelli’s Tornado line-up of motorcycles, suggesting that this could be called the Tornado 402R. 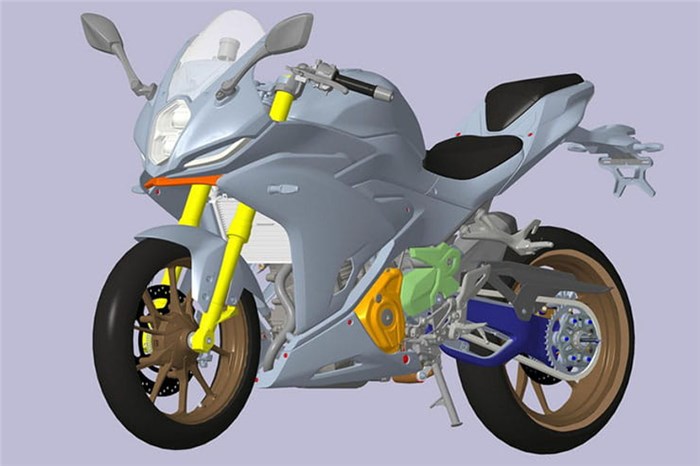 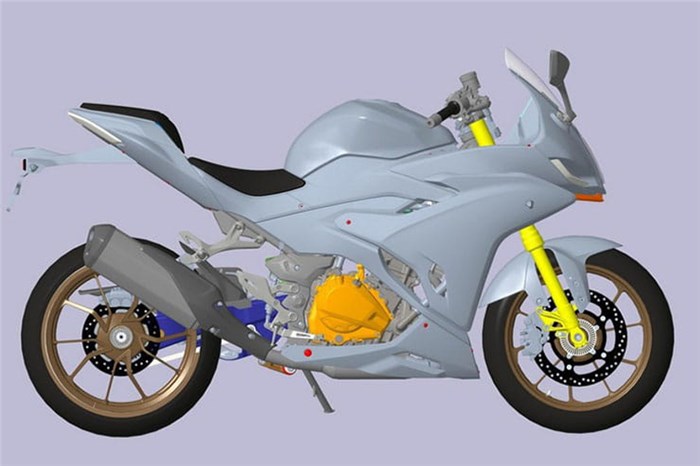 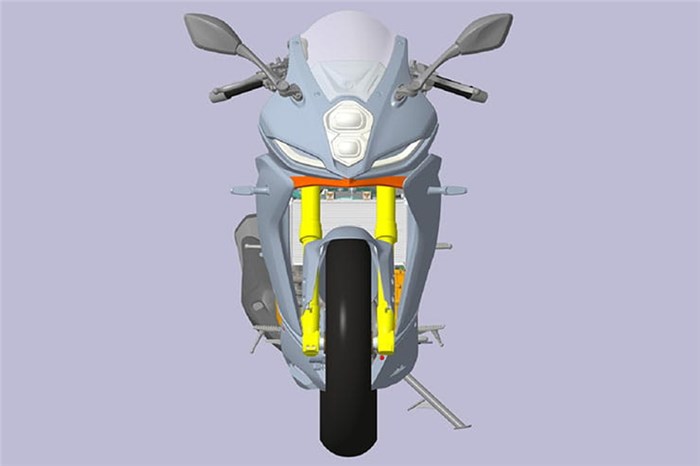 The stream of new motorcycles coming from Benelli and its parent company Qianjiang is seemingly endless at the moment. The latest addition to the upcoming bikes list looks like a 400cc sportsbike from Benelli. Shown in recent patent drawings, the bike features similar design language to the Tornado 252R quarter-litre sportsbike that’s currently on sale in China, and this one could be called the Tornado 402R.

The vertically stacked headlight design and the shape of the front fairing are almost identical to those of its smaller sibling, but the 402R does have some distinguishing features. Aside from the obvious differences in the powertrain department, this larger model gets a striking single-sided swingarm – something we’ve seen from a number of small-capacity QJMotor bikes recently, suggesting that perhaps the Chinese company has figured out a way to design and build them in a cost-effective fashion.

Overall, the 402R should shape up to be quite a handsome fully-faired motorcycle, with touches like a tubular steel frame, upside-down front fork and clip-on handlebars. It shares more than a few components with QJMotor’s 400cc sportsbike for the Chinese market, the GS400RR. While some underpinnings and design elements seem similar (both bikes get the single-sided swinger), the Benelli will get a slightly lower level of specification, coming with a single front disc brake and axially mounted caliper, compared to the QJ’s dual front disc set-up.

As for the engine, the 402R will get a 399cc parallel-twin motor, like its QJMotor cousin, but its left-side engine covers do appear slightly different; the right-side engine covers, meanwhile, seem pretty identical. The engine is also suspiciously similar to the Kawasaki 400cc twin seen in the Z400 and Ninja 400. If it indeed shares similarities with the Kawasaki mill, output figures should be similar, too, meaning roughly 49hp and 38Nm.