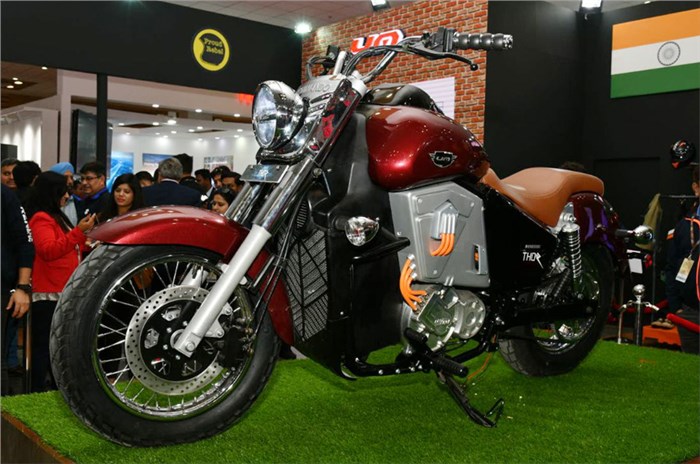 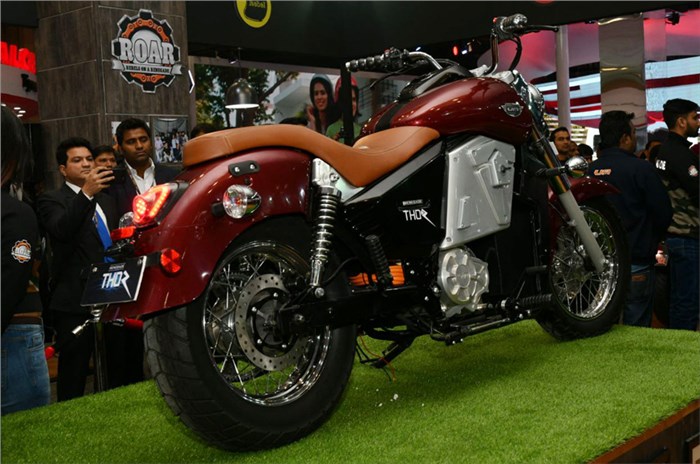 UM Motorcycles, known for its cruiser range in India, has charted new territories in our two-wheeler market as it showcased its first electric motorcycle.

The first electric motorcycle from UM has been christened the Renegade Thor. While other manufacturers have focused their electric vehicle programme on scooters, UM has unveiled a cruiser and the company has expressed its lack of interest in entering the electric scooter space.

Powering the UM Thor is an 30 kW motor which produces 70 Nm of torque and is paired to a 5-speed gearbox. Drive is sent to the rear wheel via a belt drive. UM has elected to pair the motor to a 5-speed gearbox so as to reduce the load on the powerplant (and performance) and also to increase the range of the bike.

The styling of the UM Thor is typical of any electric cruiser bike with large dimensions, with typically flowing lines and an abundance of chrome. While it looks impressive, what’s more appealing is its claimed performance. With a 270 km range, 180 kph top speed and an 80 per cent fast charge in just 40 minutes, the UM Renegade Thor neatly tackles the practicality concerns that surround electric vehicles in general.

The Thor features 280/240mm (front/rear) disc brakes with a dual-channel ABS as standard. Suspension duties are handled by a 41mm telescopic fork and a twin shock absorber setup. The Thor is shod with a 120/80-17 tyre at the front and a 150/90-15 tyre at the rear, with alloy wheels as standard as well.

Bookings for the Thor commence in April 2018 and deliveries begin towards the end of 2018. The first 50 customers, interestingly, will be given delivery of their machines at UM’s Italy-based factory. Another value addition is UM’s offer of a 2-year free charging programme at any of its dealerships across the country. In due course, a variant with a TFT screen and Bluetooth connectivity will be offered as well.

At Rs 9.9 lakh, the UM Renegade Thor isn’t cheap but it does offer exclusivity and credible performance claims. Interested? Bet you didn’t see that coming!