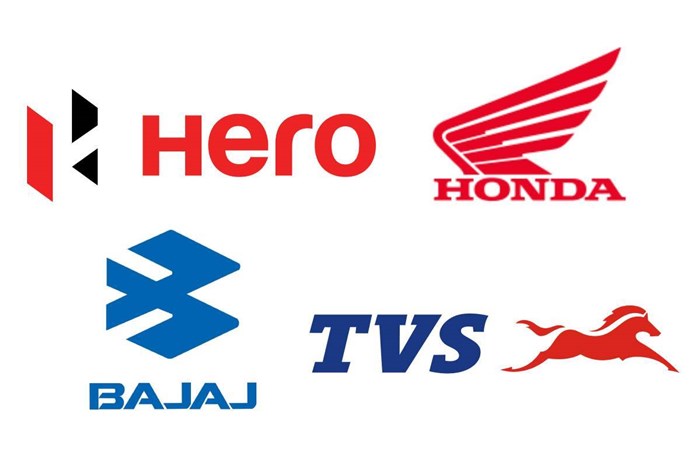 June 2021 has turned into a month of good numbers for both, the passenger vehicle segment and the commercial vehicle industry. While the two-wheeler industry did not match their rate of growth, it was a similar case of pent-up demand translating into deliveries to dealers and conversion into retail sales across the country.

With most states lifting lockdowns and easing curbs on business operations, showrooms have opened and sale of two-wheelers have taken the cue. After taking a big hit in April and May, June 2021 numbers have come as a respite for two-wheeler manufacturers. Much of the sales can be put to pent-up demand being converted into sales, which begs the question: is the sales momentum real? Will two-wheeler manufacturers see sustained sales and will demand take off in the months to come? Here’s looking at how the top players fared last month.

The company remains cautiously optimistic about customer demand in the coming months. The expected surge in personal mobility, forecast of a normal monsoon in several parts of the country, and improving rural sentiment are expected to lead to a swift revival in sales.

Honda’s two-wheeler arm in India saw an uptick in demand in June. The company sold 2,12,446 units in the domestic market, a 5 percent YoY growth.

Yadvinder Singh Guleria, director – sales and marketing, HHMSI, said, “Almost 95 percent of HMSI dealers have resumed business, while we are gradually scaling up operations across all four plants. Overall, the two-wheeler sales performance in June 2021 has boosted the market sentiment as more customers are visiting dealerships and enquiring online.”

Pune-based Bajaj Auto has delivered a strong performance in June 2021. With lockdowns opening across various states in India, the company sold around 1,55,640 units in the domestic market in the month of June 2021. This is a 6 percent growth in YoY sales. The company also had better growth in the export market too where they exported around 1,54,938 units, a 43 percent growth from June 2020.

Cumulative Q1 FY2022 (April-June 2021) numbers point to a recovery in overall sales and indicate speedier growth in the months ahead. At 3,42,552 units, domestic sales were an 84 percent increase over year-ago numbers (Q1 FY 2021: 1,85,981), which is understandable, given that FY2021’s first quarter was hugely impacted by the pandemic and the widespread lockdowns across the country.

Two-wheeler exports, at 5,56,753 units, are a 160 percent improvement over Q1 FY2021, and remain a strong buffer to the company in the event of the domestic market faltering.

The company is said to have reduced dealer stocks to support its partners and will produce to maintain adequate inventories for customer demand. In Q1 FY2022, TVS sold 6,19,000 units. 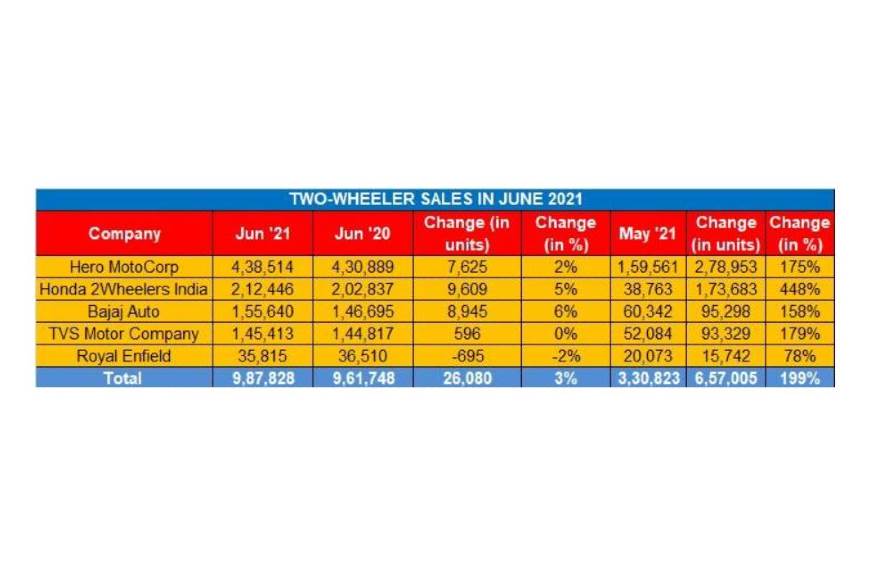 Whether June numbers indicate green shoots of revival will be known only after a couple of months of sustained growth. While robust consumer demand is not likely to return till the festival months later in the year, it is expected that the rural India market will come up with a rescue act. Timely arrival of the monsoon across the country and a healthy rabi crop along with government incentives for rural India are likely to drive demand for entry-level motorcycles.

Urban India is likely to see growing demand for personal mobility, as offices open, albeit gingerly, across various parts of the country.