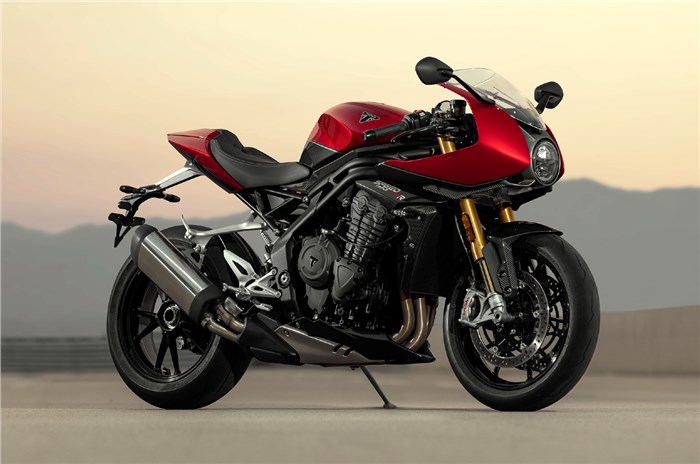 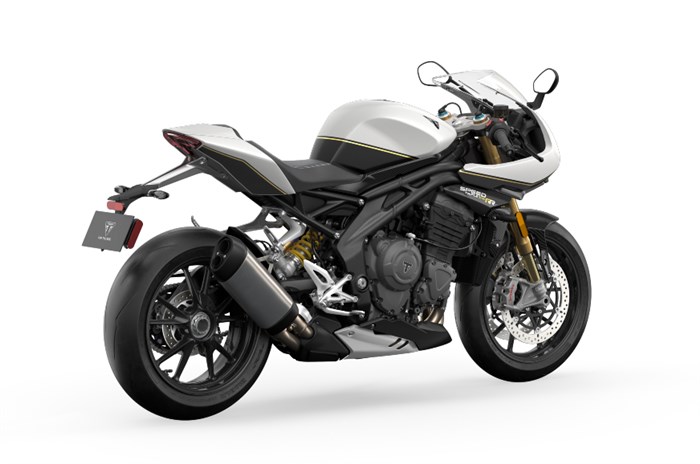 The Speed Triple 1200 RR is Triumph’s latest semi-faired motorcycle. Although there are changes to the design, the engine and chassis have been carried over from the naked Speed Triple RS.

The British motorcycle company has teased the Speed Triple 1200 RR a few times before its reveal, so we knew what to expect. As seen in the teasers, the bike features a semi-fairing that encompasses a round LED headlight. Unlike some of the company’s other models, this one is not an all-out classic looking motorcycle, which is evident from the neo-retro design elements. Aside from the semi-fairing that has been slapped on, it looks quite similar to the naked Speed it is based on.

Other changes, when compared to the naked Speed Triple RS, come in the form of clip-on handlebars and repositioned foot pegs. These changes have resulted in a different riding position that can be described as slightly more committed. The 1200 RR also uses Öhlins Smart EC 2.0 electronically adjustable semi-active suspension, which is slightly more premium than the one on the Naked bike. This bike’s 17-inch alloy wheels come wrapped in Pirelli Diablo Supercorsa SP V3 tyres. The kerb weight, at 199kg, has only increased by 1kg.

The platform underneath is likely to use the same newly developed chassis and a 180hp/125Nm, 1,160cc three-cylinder engine. This engine is paired to a new stacked 6-speed gearbox and has an up/down quickshifter as standard.

The RR also gets the same 5-inch TFT display. Like with the RS, it has been designed to offer greater ease in making on-the-go adjustments like tinkering with the traction control settings, says Triumph. Triumph’s ‘My Connectivity’ system is also standard and offers turn-by-turn navigation, GoPro controls and more.

Triumph Tiger Sport 660 in the works