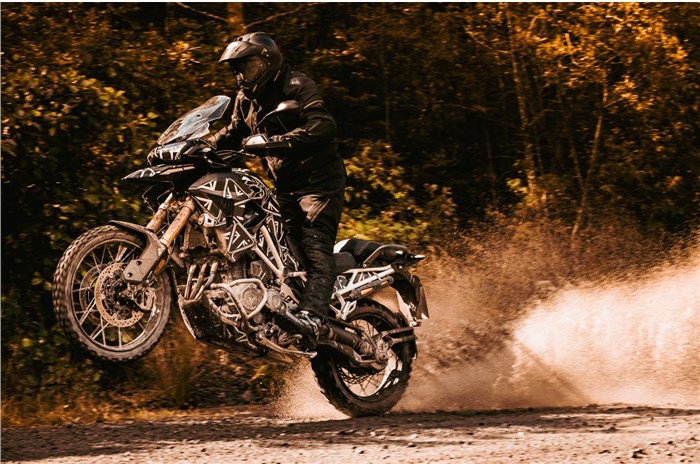 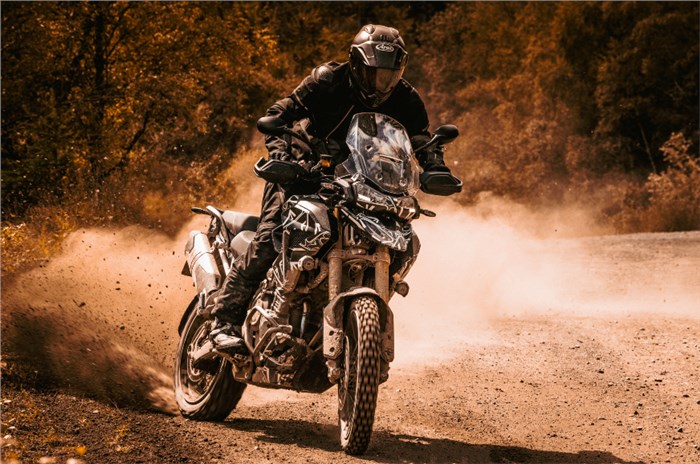 Triumph has said that the new Tiger 1200 will be significantly lighter than the model it replaces.

Triumph has teased its new Tiger 1200 via images of it covered in camouflage.

Around a week after the company teased its upcoming Triumph Tiger Sport 660 in camouflage, it has gone ahead and done the same thing for its upcoming next-generation Tiger 1200.

Along with the pictures, Triumph also revealed that the new Tiger 1200 will be “significantly lighter than its closest competition, with an astonishing transformation in weight. The new 1200 will combine the triple-powered engine advantage with a new dimension in class-leading agility, control and handling.” The company also added that the motorcycle is in the final stages of testing at the moment.

While that doesn’t reveal much about the technicalities of the upcoming motorcycle, one can expect a massive overhaul to the extent that it is a completely new bike. The 1,200 in the name does suggest that the engine capacity might remain quite similar to the older model’s 1,215cc, but it is expected to be a new unit. We could also see changes to the firing order, similar to what the company has done with the Tiger 900.

The next-generation Tiger 1200 also appears to have a redesigned tubular frame. Triumph has also ditched the single-sided swingarm for a dual-sided set-up and the bike continues to send its power to the rear wheel via a drive shaft.

The bike is running a USD fork and monoshock with a remote damper reservoir mounted on the subframe. These suspension components are expected to be electronically adjustable, as that’s expected in the segment it falls into. One can also notice new Brembo Stylema radial calipers up front.

Triumph has emphasised on a significant weight reduction, and it will be interesting to see how it has managed this.

The Tiger 1200 in these images is most definitely the hardcore off-road oriented variant. If Triumph follows the simplified naming format of the Tiger 900, this is most likely a Rally variant.

Giving this away are the crash protection bars and the wire-spoke wheels with block-pattern tyres. Triumph will most certainly launch a variant, more suited towards the road, with alloy wheels.

Triumph sells most of its offerings in India, and we see no reason why the next-gen Tiger 1200 won’t follow suit. We can expect it to arrive a few months after its global debut, along with a price hike.