It's almost become the norm now for brand new, unproven EV start-ups to come out guns blazing with claims of production capacities in the millions, not to mention all the social media bravado. Bengaluru-based Simple Energy, for example, is already talking about having two production plants – one with a capacity of 1 million units and the other with a capacity of 12.5 million units. Simple has not delivered a single scooter to date.

In a similar vein, many headlines have already been grabbed by Ola Electric’s grand stated plans and enormous numbers. Yet, as of February 2, 2022, six months after its launch, there have been just 1,397 Ola scooters registered across the country. This data is from the Parivahan government portal (with the exception of Andhra Pradesh, Arunachal Pradesh, Madhya Pradesh, Telangana and Lakshadweep as these States/UT’s are not yet on Vahan 4). Despite this, the company’s founder has already begun dangling fresh investor bait on Twitter in the form of a teaser for an electric car.

This is where Tork Motors stands out with a refreshing air of humility and maintaining its focus on getting the product launch right. Company founder Kapil Shelke is making no claims of market disruption and stratospheric production capacities. At present, the company has a pilot line at its existing facility in Bhosari, Pune that can handle 500 units per month. Tork aims to have a new production line ready in Chakan by April – the promised timeline for deliveries to commence. This plant will have a capacity of 4,000 units a month, which is still an optimistic set of numbers, but far more realistic for a brand new start-up.

Perhaps this sensible approach is a classic case of once bitten twice shy, because many will remember that Tork unveiled its original T6X motorcycle way back in 2016. This was a machine that looked remarkably production ready, had a realistic set of specifications and even came with a price tag. Our report from 2016 stated that bookings were open and deliveries were set to begin in April 2017. But Tork went silent for a painfully long time.

Shelke admits, “We were naive with the T6X. The idea of the T6X was the unveiling of a prototype. I wanted to show something that looked realistic and gauge customer feedback, to see how many people would be interested. But the communication that went out was this is what we have built and we want to sell it. It was intended for production, but from a 24-36 month timeline. ”

For any other company, this would have been unforgivable, but Tork’s history of racing at the Isle of Man TT in 2009 gave it a sense of legitimacy that most other start-ups can only dream of. Clearly, this was a company of enthusiastic, highly-talented engineers, and not simply an entity trying to cash in on the looming e-mobility wave. Snippets of news like Ratan Tata intending to invest in the company in 2019 were further signs of hope, but then the pandemic hit.

COVID-19 affected all manufacturers hard, but particularly the start-ups. Funding is a huge challenge for any start-up and Tork clearly faced issues here. But now, six years after the first promised delivery schedule, and with the backing of Bharat Forge, who own a 49 percent stake in the company, Tork finally looks good to deliver on its promises.

Tork of the moment

The new Kratos and Kratos R are significantly different from the T6X, not just visually, but also down to the chassis. They also promise more power/torque and battery capacity. You can read about the Kratos electric motorcycle here, but essentially, this bike offers very decent performance and range figures, even if they aren’t game changing.

Shelke tells us that one of the advantages the Kratos will have over its Chinese-origin rivals will be quality and reliability. This is because the bike has been entirely developed in India, by passionate motorcyclists who are fully in tune with the challenges of our environment.

Everything on the Kratos is developed in-house, including its axial-flux motor, motor controller and the BMS. The only components that come from abroad are the typical culprits that presently have no manufacturing base in India – battery cells (from South Korea), certain connectors and chips.

While its motorcycle project was plagued by delays, Tork found a silver lining in becoming a motor supplier for three-wheeler EV manufacturers in India. Shelke declined to name who they were, but says that Tork already supplies to three OEMs and is in talks with two more.

With FAME II and state-level subsidies in place, the Tork Kratos’ pricing is also similar (if not lower in some states) compared to the Rs 1.25 lakh that was quoted in 2016.

The sales model will be via conventional dealerships, starting with Pune. Once demand is met in Pune, the plan is to expand to Bengaluru, and to a total of seven cities by year end. Tork also plans to set up a charging network, with about 50 chargers around Pune city and at nearby riding destinations. Service is one area where the company aims to be different, with the promise of a service-at-home facility.

Scaling up and successfully bringing a new product to the market is perhaps as challenging a task as designing said product, and Tork still has a huge task on its hands. But for now, the company is taking a conservative, steadfast approach that was last seen with Ather Energy a few years ago. It’s certainly a long game, but it is perhaps the wisest one in the start-up space where earning customer confidence is everything.

We hope to ride the Tork Kratos by mid-Feb, so keep an eye out for our reviews. 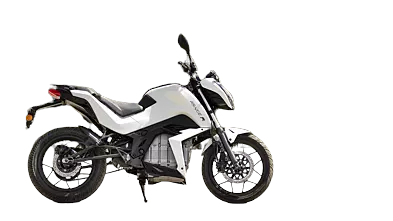 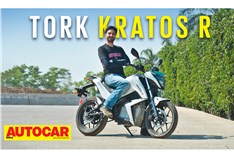