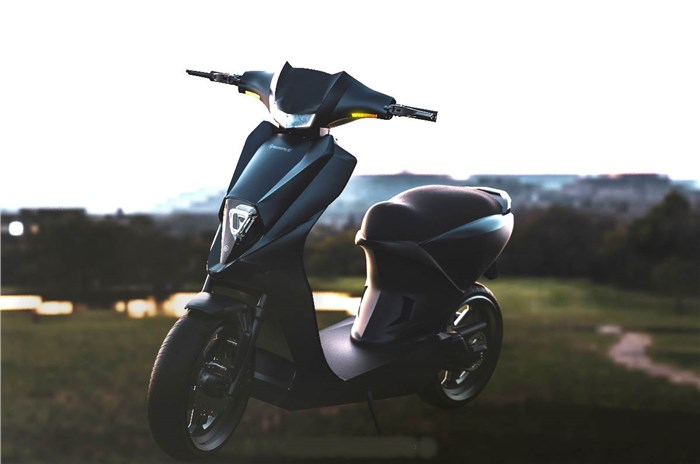 Simple Energy has announced that it will launch its Simple One e-scooter on 15 August.

Independence Day is all set to be an electrifying affair this year. We recently brought you news about the Ola Electric scooter being slated for an August 15 launch. Now, Simple Energy has announced that it will also be launching its e-scooter on the same day.

It’s going to be called the Simple One and the company has even gone so far as to tell us that it will be priced between Rs 1.1-1.2 lakh. But whether this price is ex-showroom or on-road and before or after subsidies is yet to be seen. The worst-case scenario is that this is the ex-showroom price after subsidies. Even if that is the case, the Simple One would still undercut the Ather 450X and 450 Plus.

This is remarkable because, on paper, it seems to have the beaten the Ather duo. Claims include a 240km range in economy mode and a 100kph top speed. This is probably thanks to its large 4.8kWh battery pack, which dwarfs the Athers’ 2.9kWh unit. The One seems to be on par in the features department too, coming with a touchscreen that features Bluetooth connectivity and navigation.

But with EVs, we’ve often found that on-paper claims fail to translate into the real world. So, we will reserve our judgment until we have had a chance to ride the Simple One. Nevertheless, with two very large players set to make a big splash on August 15, Independence Day could be pretty exciting. Could this be the day that liberates some of us from these increasingly absurd petrol prices? Let’s wait and watch.

The states that Simple Energy has set its sights on for a launch are Karnataka, Tamil Nadu, Andhra Pradesh, Telangana, Kerala, Maharashtra, Madhya Pradesh, Delhi, Rajasthan, Goa, Uttar Pradesh, Gujarat and Punjab. This is rather ambitious, since most small EV makers have started off by launching their products in just one or two cities. Should demand come flooding in from all these cities, Simple Energy is planning to set up a new factory in Hosur with a planned annual capacity of 1million units.