Royal Enfield Himalayan not being discontinued 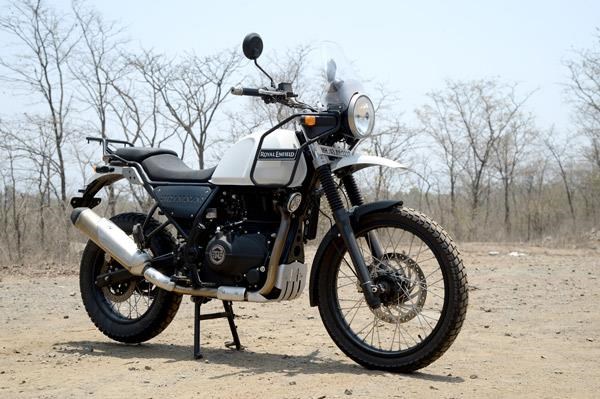 Company is accepting bookings for the BS-IV-compliant fuel-injected Himalayan, with deliveries expected to start in August.

Contrary to the buzz on the internet, the Royal Enfield Himalayan is still very much a part of the Chennai-based company's portfolio. Deliveries of the 411cc adventure tourer, however, have been suspended for the time being, and the real reason for this is the transition from BS-III to BS-IV. The Himalayan was available in its BS-III guise until March 31, 2017, after which Royal Enfield converted the bike to a fuel injection (FI) setup from its earlier carburetted form.

The company says that the Himalayan FI is currently in the process of garnering approvals from various governmental agencies. Bookings for the bike are open now and we expect deliveries to start by mid-August this year. We were also told, since the Himalayan was built around the brand-new LS410 engine platform, getting it to meet BS-IV norms was a more elaborate process as compared to their other motorcycles.

Royal Enfield's big sellers are the bikes based on its tried-and-tested UCE platform, which effectively encompasses the entire portfolio, apart from the Himalayan. The Continental GT, and the Classic 500 series and the Thunderbird 500 were already running on fuel injection, while the same 500cc motor from the latter two was carburetted in the Standard 500. The company first focused its efforts on getting the UCE platform up to BS-IV standards, which included making minor alterations to its existing FI bikes, switching the Standard 500 to FI and getting its carburetted 350cc motor (in Classic, Thunderbird and Standard guises) to meet the stricter emissions norms.

Even with the addition of FI, there is no change to the Himalayan's engine specifications, with the 411cc single-cylinder, oil-and-air-cooled unit putting out the same 24.5hp at 6,500rpm and a peak torque of 32Nm at 4,250rpm. The five-speed gearbox, too, is carried forward. However, one can expect an improvement in refinement levels. Other mechanical bits are carried forward too, with the bike offering 200mm and 180mm of suspension travel at the front and rear respectively, and a whopping ground clearance of 220mm.

Although there has been no official word on pricing, we expect the fuel-injected Himalayan to cost a bit more. And since it has an engine capacity that's over 350cc, it will also attract a slightly higher tax (31 percent) thanks to the new GST structure, which will further increase the price.