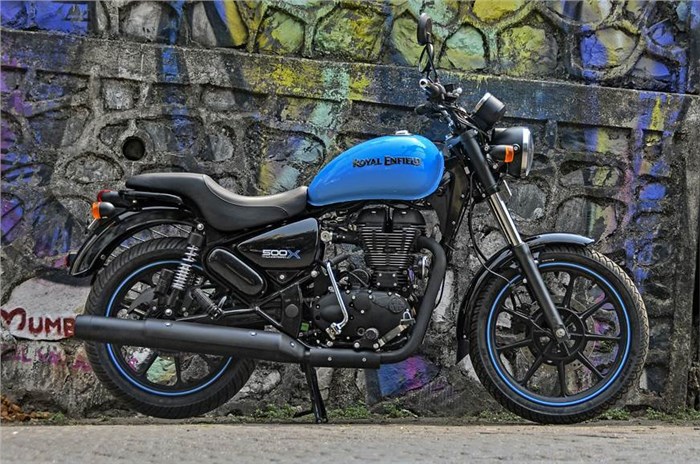 The two models have been taken off the bookings page on the website.

Updated iterations of the Royal Enfield Classic and Thunderbird models have been spied testing multiple times, but little was known about the engines powering these motorcycles. It was earlier speculated that the bikes would be made available in the existing 350cc and 500cc configurations, but we now have reason to believe that the 500cc platform will soon cease to exist, and is likely to be replaced in the near future.

Rumours that Royal Enfield will discontinue their 500cc single-cylinder engine have been going around lately. Now, the manufacturer has also taken the Thunderbird 500 and the Bullet 500 off their website’s booking section. Dealers we spoke with have informed us that production of the models have been discontinued, along with the Classic 500; it can still be booked via the official website but we believe this is until existing stocks last and that it, too, will soon be discontinued.

When this does happen, it will create a significant gap – in terms of performance and price – between the updated 350cc single-cylinder platform and the 650cc parallel twins. It remains to be seen how the manufacturer will bridge this gap.

The next-generation Thunderbird spied testing was seen sporting a flatter handlebar design, a part-digital, single-pod instrument cluster and styling changes, including a new rear-end design, and a restyled tank and side panels. Lastly, the new Thunderbird also appears to sport a new alloy wheel design, with Y-shaped spokes instead of simple straight spokes seen on the current model.

Automotive manufacturers are in the process of updating their offerings to comply with the BS6 norms that will come into effect later this year on April 1. A number of them are also using this as an opportunity to completely overhaul some of their products. Stay tuned for the latest information on what the manufacturer has in store!