The QJMotor RX electric motorcycle has been approved with a 5kW electric motor, in place of the 7kW unit that was shown on the concept on which it is based. 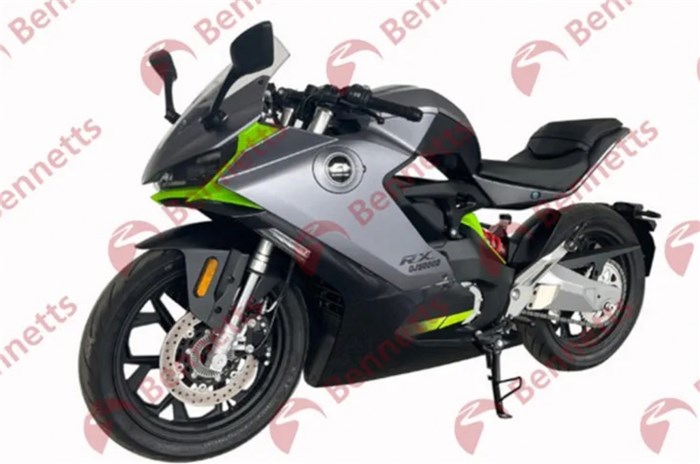 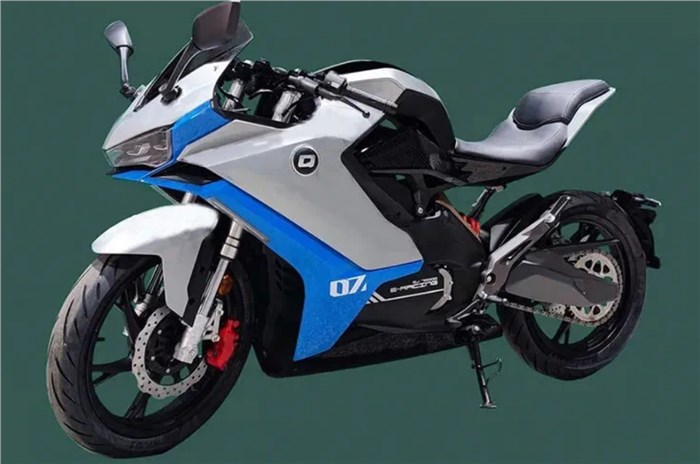 Chinese manufacturer QJMotor will soon begin production of its first electric sportbike, as it has now been approved. To be christened the QJMotor RX, the electric sportbike was first showcased in the form of the QJ7000D concept in 2021.

QJMotor RX: what we know so far

In terms of design, the QJMotor RX does feature some changes over the QJ7000D concept. The headlight is more angular and set further back into the fairing rather than being flush. The side panels and the dummy fuel tank also appear to have smoother lines than the concept. The left side panel houses the flip-out cover for the charging port too.

The RX also appears to get a seat lock under the rider’s seat, while the innovative helmet storage area under the dummy fuel tank, as seen on the concept, has been retained. Meanwhile, other similarities to the concept include a USD front fork, split seats and a swingarm-mounted panel that appears to house the indicators and number plate.

The type-approval filings reveal that the RX has been approved for a smaller, 5kW electric motor (equivalent to around 6.7hp) in place of the 7kW unit that was shown on the concept. Furthermore, the RX will have a claimed top speed of 104.6kph, which means the electric sportbike’s performance will be on par with 125cc petrol motorcycles.

Interestingly, the RX still has a gear shifter and clutch lever, which is odd for an electric bike because most use single-speed transmissions. Another unusual thing is the presence of a chain drive on the RX in place of the usual belt drive system that electric two-wheelers use. Although not clear yet, QJMotor may have done this in order to offer a more conventional riding experience.

QJMotor is owned by the Qianjiang Group, which is also the parent company of Benelli, so it is likely that the RX could be re-branded as a Benelli and sold in other markets once it enters production. So an India launch is certainly not out of question. That being said, don’t expect this bike to end up in local showrooms anytime soon, either.

In other news, just yesterday, Qianjiang Group-owned Hungarian brand Keeway made its India entry by unveiling three products that will launch next week.