Pulsar brand to evolve with its customer base

For now the Pulsar brand slots in the single-cylinder, 135cc to 220cc bandwidth 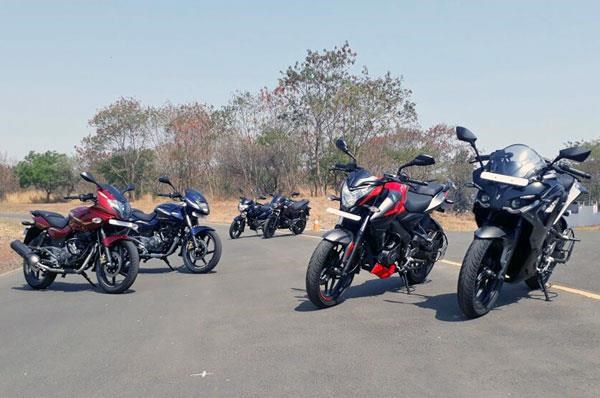 Pune-based Bajaj Auto has repeatedly positioned itself as solely a motorcycle manufacturer. The company has a stranglehold at the top-end of the commuter motorcycle market, also referred as the premium commuter category. Its strong presence in the 150cc and above segment can be attributed to brand Pulsar, which remained the company’s flagship brand for more than a decade. Pulsar was not only the best performing umbrella brand for Bajaj Auto in terms of sales, but has also continuously redefined the premium end of the commuter motorcycle market over the past decade and a half. The latest Pulsar model saw itself in a fully-faired avatar – as the RS 200 – equipped with modern technologies, including Bajaj-patented triple-spark ignition system on single-cylinder, liquid-cooled, 200cc engine, single-channel anti-lock braking system (ABS), twin projector headlamps, LED tail lights, advanced exhaust system and others. Notably, the Pulsar RS 200 became the first motorcycle from the stable of Bajaj Auto to offer a single-channel ABS system on its top-end variant. The Pulsar RS 200 was also instrumental in highlighting a fast-catching technology trend that defined buyer preference for ABS as a safety feature in the price range of above Rs 1 lakh.

Currently, the Pulsar brand slots in the engine displacement bandwidth of single-cylinder, 135cc to 220cc.

In the past 18-20 months, Bajaj Auto has attempted to consolidate an existing brand (Avenger) and has established two new motorcycle brands – Bajaj V and Bajaj Dominar.

While with the Avenger 150, the company aimed at making the most of the latent demand for affordable cruiser application in the motorcycle segment – a segment first, it positioned the Bajaj V across 125cc and 150cc commuter bands.

The Dominar 400, its most recent model, now sits at the top end of the entire portfolio as a premium entry-level midsize motorcycle with city and highway applications.

All three brands are performing well for the company. According to SIAM data, while the company has sold 205,002 units under the Bajaj V umbrella, it has also retailed an impressive 179,791 units of Bajaj Avengers between April 2016 and January 2017. Together, both brands have sold 384,793 units during the first 10 months of the ongoing fiscal, which indicates Bajaj Auto’s reduced dependency on the Pulsar brand for volumes in the domestic market.

Nevertheless, the potency of the Bajaj Pulsar brand continues to be incontestable in its segment. The company has sold 476,409 units under brand Pulsar during the aforementioned 10-month period of FY17.

Our sister publication Autocar Professional estimates that the Pulsar brand is likely to contribute to the tune of more than 25 percent of Bajaj Auto’s FY17 domestic volumes, which are, as per the market estimates, expected to cross the two million unit milestone this fiscal.

Pulsar of the matter

Speaking to our sister publication Autocar Professional on continuing to focus on the Pulsar brand, Eric Vas, president – motorcycle business, Bajaj Auto stated, “Pulsar remains to be an iconic brand for us. All iconic brands evolve. They evolve around cubic capacity, style, applications and many other parameters. The adventure sport was one such application (AS 150/AS 200). I don’t see any company that restricts itself to one brand. It is a brand that attracts a certain type of customers and we will do what is essential to retain that customer with us.”

The Bajaj Dominar 400 is seen as an attempt to upgrade the ageing Pulsar customers to a bigger, more premium and tech-laden motorcycle. Commenting on the direct relation between the brand’s evolution with the evolving customer base, Vas elaborated, “Honestly, we don’t look at it in terms of such a tight bandwidth of cubic capacity. We look at a type of customer and ask ourselves, ‘What does this customer want?’ We try to solve that. This is the reason why the RS 200 and AS 200 came to the market. Yes, the AS 200 needed a lot of work to be done and we are currently completely re-working on it. The NS 200 had a big fan following, we brought it back in much better form than ever before. We will bring the AS back also when we are ready. So the Pulsars will keep evolving. I don’t want to say that it will never go beyond 220cc, if we will see a need to put a 300cc, we will do so. But it will only evolve with its customer base.”

The Pulsar line-up, according to the senior official, has seen substantial changes under the upgrade to BS-IV emission norms. “Actually, the Pulsars have also evolved. For example, it started with the Pulsar 150 and Pulsar 180, then we brought in Pulsar 220, which has done really well for us. The BS-IV changes on the Pulsars are quite significant changes in terms of refinement, power delivery, throttle response. A huge amount of stuff has happened, which I call as below the hood engineering. It’s not apparent but you realise it when you ride it. I think particularly a lot of changes have been done to the Pulsar 150. If you ask me I would say it’s like an all-new engine, which offers performance of a different level altogether,” as he signed off.