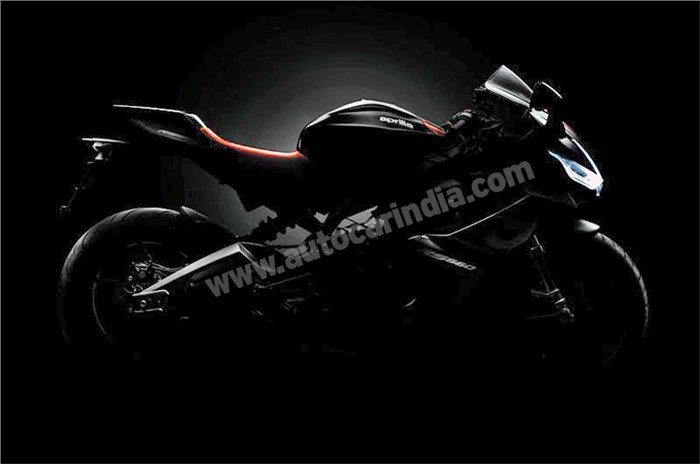 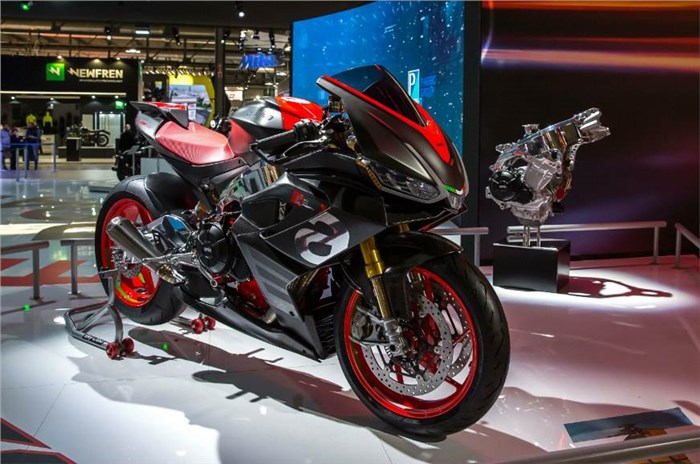 The new teaser and concept bike gives us a glimpse at the upcoming middleweight sport bike from the Italian marque.

Aprilia has just teased what might possibly be one of the biggest crowd pullers at EICMA 2019 – It’s the company’s middleweight supersport, the RS 660, in production-ready form. The upcoming motorcycle was showcased in concept form last year and we believe the production model will be quite similar.

The teaser reveals that the styling of the production-spec motorcycle is very close to that of the concept bike. The sharp bodywork and sporty stance remains nearly the same, with the only difference in the form of mandatory components like the rear fender, which holds the number plate and turn indicators. We brightened the image, and this revealed that the bike will feature Aprilia’s ‘A’ logo along with an 'RS 660' decal on the fairing.

Powering the Aprilia RS 660 is a 660cc parallel twin-cylinder motor based on the V4 powerplant seen on its flagship superbike. While the Aprilia RS 660 is a sporty offering, the Italian brand claims that it has comfortable riding dynamics with raised clip-on handlebars and slightly rear-set foot pegs. The top-spec suspension components from Öhlins and braking hardware from Brembo (as seen on the concept bike) could make its way onto the production bike.

Aprilia could launch the RS 660 in India after it hits the international markets next year.