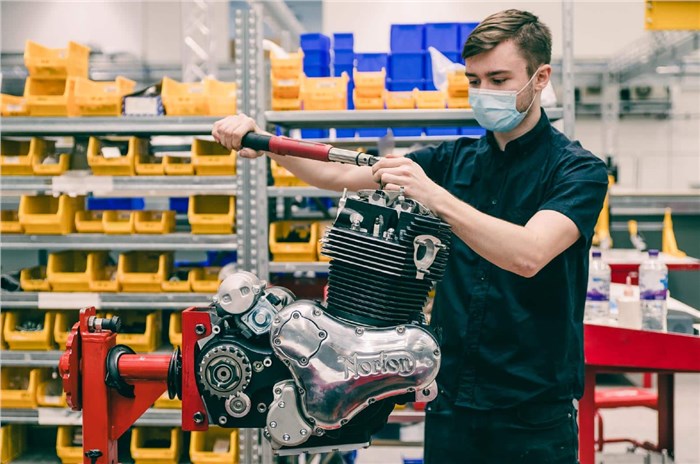 Norton says the new factory can be expanded when required and also offers improved working conditions.

The TVS Motor Company-owned Norton Motorcycles has moved operations to a new factory in Solihull, UK.

The new Norton Motorcycles factory is spread over 75,000 square feet and can be expanded as and when needed. At present, the factory has an installed capacity of manufacturing 8,000 units, annually. In addition, the factory is equipped with modern tools to assemble the motorcycles, unlike Norton's previous facility in Donnington Hall, UK.

Norton CEO John Russell adds that, at present, there are 110 people employed with the company and TVS has big ambitions for Norton. The plan is to make Norton the brand it should always have been. The company is currently working on introducing the new Norton Commando 961 in the near future.

Ever since Norton Motorcycles was bought by the TVS Motor Company, things have been looking up for the brand. TVS made it clear that it plans to scale up Norton's operations, following the acquisition in April 2020. The Indian company made an all-cash deal for a consideration of GBP 16 million (Rs 153 crore).

Russel adds that Norton will eventually need a bigger headquarters, but the need of the hour was to move into the new facility to strengthen the production capacity and build the Norton brand.