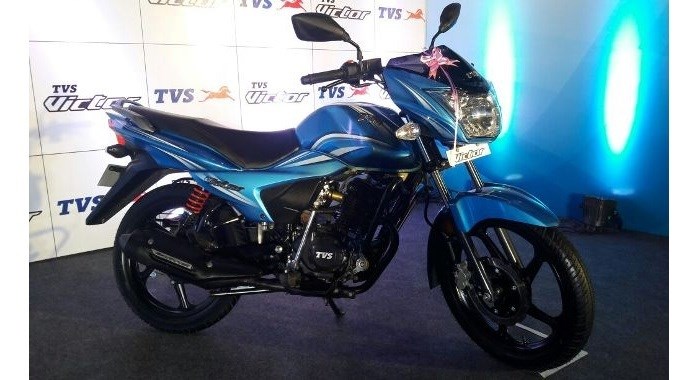 The Victor brand, originally launched by TVS in 2002, has received a major overhaul. The 2016 bike gets tech like the company-patented 3-valve Ecothrust engine technology, petal disc brake, tubeless tyres, and styling tweaks.

The Victor's110cc engine develops a peak power output of 9.46bhp and 0.96kgm of torque. The company also claims a fuel economy figure of 76kpl.

Talking about the company's plans, Arun Siddharth, head of marketing, TVS Motor Co, said: “On the quality front, we have been recognised by JD Power recently. With a known name (Victor) in the family motorcycle segment, we are expecting to garner a bigger market share in the coming months. With Victor positioned in the family segment and TVS Star and Sport positioned in the executive and budget categories respectively, we believe that now our portfolio of commuter motorcycles is complete. We hope that the three different models deliver expected results to us."