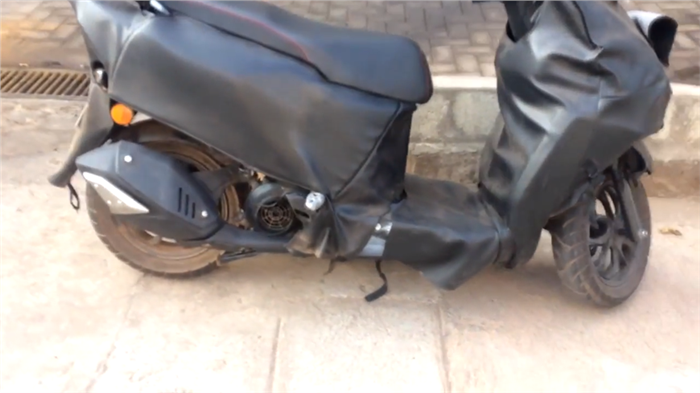 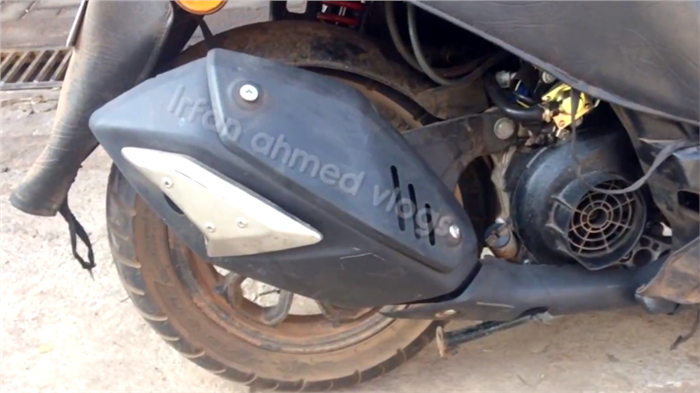 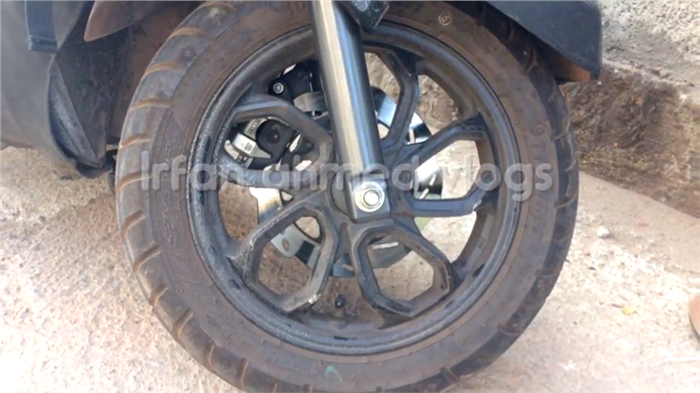 TVS’ upcoming 125cc scooter has been spotted testing again, this time around on video. The video reveals a lot more than the spy shot seen earlier, including the fully digital instrumentation, petal-type front disc brake, headlight and a few other design elements.

The scooter seems to follow the design language displayed by the funky Graphite concept at the 2014 Auto Expo. While not quite as angular and edgy, the test mule has been wrapped in aggressive bodywork, with a front apron that is reminiscent of the Yamaha Ray, Honda Dio and the newly launched Honda Grazia. It has a large front headlamp that sits in a similar position as other scooters. The rear section has a sharp, swept-back look and features dual floating grab rails. The exhaust is quite large but has a throaty exhaust note that's audible in the video. The fully digital instrumentation is expected to display all of the regular information like the speed, odometer, trimeter, fuel gauge. In addition to this, it may even display a tachometer, distance-to-empty, service indicator and other information.

The scooter appears to be riding on 12-inch wheels and a conventional fork. The alloy wheel design, however, is different from the one seen on other TVS models. What's interesting is that the front petal-type disc brake spotted in the video wasn't seen in the spy image; this could mean that disc brake will likely be offered as an optional extra.

So, why aren’t we calling this upcoming scooter the Graphite just yet? History has shown that with its concept vehicles, TVS does a good job of indicating what the final product will look like, but they don’t usually bear the same name. The Draken concept was a preview of the RTR 200 and Akula concept was a preview of the Apache RR 310. Similarly, the production version of this test mule may fit under one of TVS' existing scooter families, or spawn a new one.

We expect this scooter to be unveiled in production-spec guise at the 2018 Auto Expo.