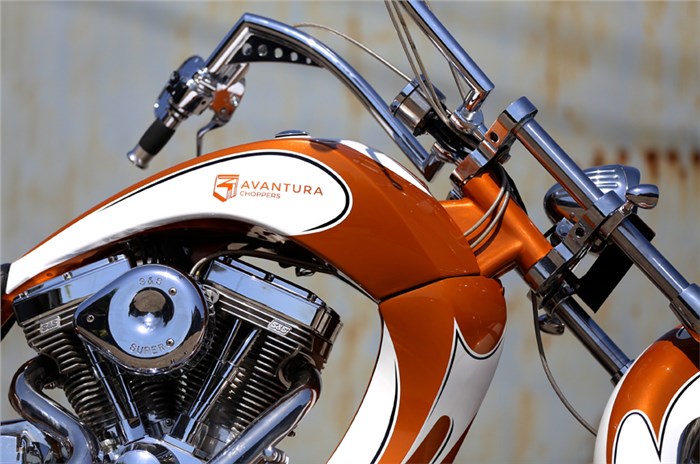 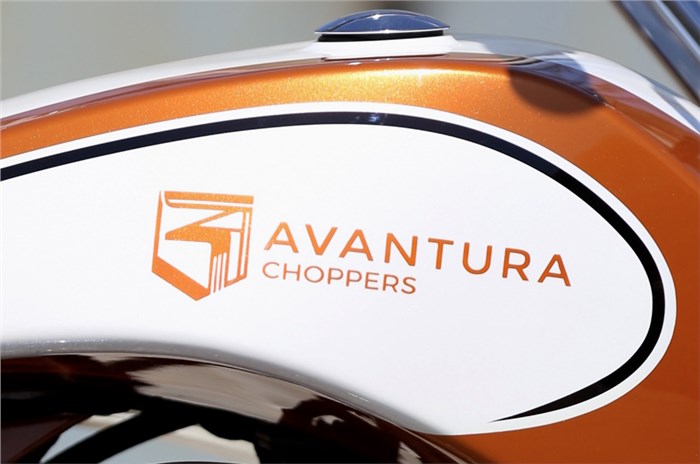 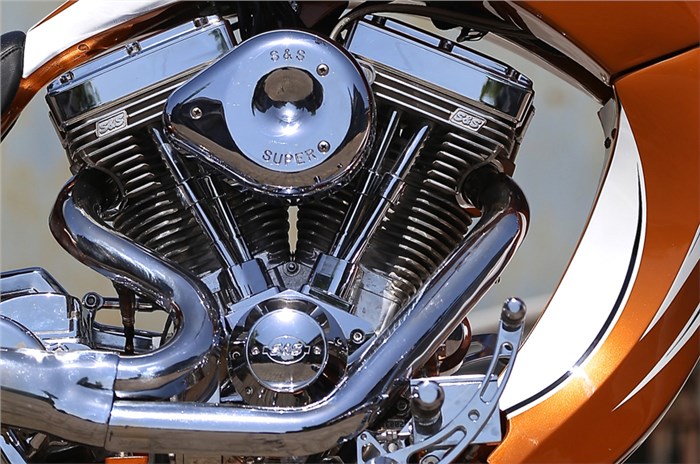 Avantura Choppers aims to be India’s first ultra-premium motorcycle brand that will specialise in chopper-style motorcycles. Choppers are an American style of custom bike that feature massively raked-out front ends, a long body and generally a very fat rear tyre. These bikes have traditionally been the darling of the custom world, and despite seeing their formative years in the 1950s, they are still fairly popular today.

The first lot of Avantura bikes is currently under final stages of ARAI approval and the company hopes to begin sales by this quarter. The brand has been set-up by enthusiasts Gaurav Aggarwal and Vijay Singh and the bikes will be assembled at a facility in Vasai, outside Mumbai. Aggarwal is the CEO, while Singh is the Chief Revenue Officer.The Chief Design Officer is Kevin Alsop, the man behind the once famous American brand, Big Bear Choppers which was hit hard during the 2008 recession.

Alsop should bring in his experience with authentic chopper style and build, but Avantura says these bikes have been developed with India in mind. That could mean that ground clearance should be reasonably usable and the suspension could be set-up for more pliancy than other custom machines, to make it better suited for our roads.

As for the bikes, not much is known for now, but there will two variants on sale initially. These will likely be differentiated by design with perhaps a slightly different engine tune. The company has declined to share more details at the moment but will reveal more information soon.

The choppers will be built using high-spec components sourced from overseas brands that specialise in this kind of work. Powering the bike will be V-twin engines that displace around 2,000cc, the largest ever from an Indian company. The motors will be sourced from S&S, an American brand with over 50 years of experience in building multiple high-performance solutions, including full engines for V-twin cruisers and custom bikes. The transmission will be a six-speed unit by American brand, Rivera, while the suspension will come from another USA-based brand, Progressive. Tyres are sourced from Avon, brake calipers from French manufacturer Beringer and turn signals from German firm, Kellerman.

The Avanturas appear to offer the right ingredients for a high-end product and the price will reflect this. We believe these bikes will be priced between Rs 20-25 lakh (ex-showroom). The company intends to set-up a dealer network of 7-9 outlets by the end of next year and is already in talks with two potential dealers. The bike maker would like to focus its energies on development and production, but will also engage in some direct selling and service support until a decent dealer network has been established. The company has emphasised that it will have a good stock of spares and that service will be provided on a highly personalised basis. Warranty will be offered on a similar basis to the competition.

Avantura has a steep road to climb in terms of brand building and recognition. The company would like to sell about 200 bikes by the end of FY 18-19 and aims at a 7-8 percent market share by 2022. These are lofty ambitions and the first task will be to get the name out there. However, the much bigger challenge will be in convincing customers to put their money down on what is not an iconic American or European brand.

The company plans to kick off by displaying its products at the 2017 India Bike Week and we expect to ride the bikes sometime in November. We're as eager as you to see what they will shape up to be.