The touring bike will be the most powerful production Benelli yet. 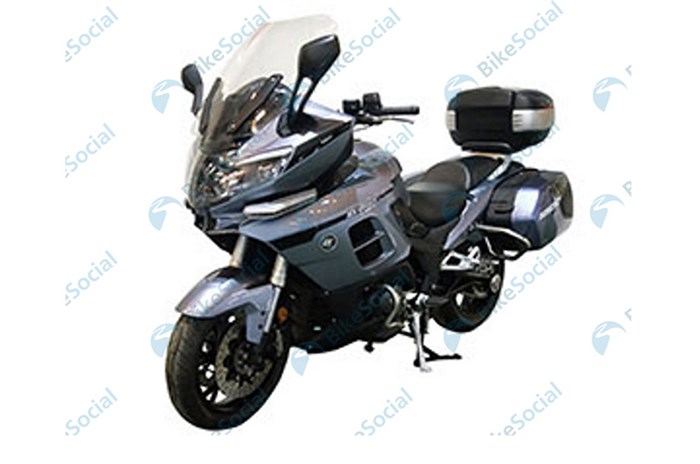 An image of Benelli’s upcoming 1,200cc motorcycle has leaked online, giving us a glimpse of the company’s most powerful production motorcycle yet. Codenamed the QJ1200-3, the bike in the spy image bears the Qianjiang badge, Benelli’s Chinese owners. While we can’t comment about the Chinese market, expect the bike to bear the Benelli badge when it goes on sale in markets outside China.

The QJ1200-3 has been type-approved in China, which has led to the release of some more information. The bike is powered by a 1,209cc, inline-three-cylinder liquid-cooled engine that produces 134hp. It is rated as a Euro4-compliant motor, however, a Euro5 motor is expected in the bike that’ll go on sale in Europe and other countries.

The engine, according to international reports, is an evolution of the 1,130cc, triple-cylinder motor that powered the Benelli TreK and Tornado. The type-approval documents also state that the bike is capable of achieving a top speed of just 220kph. That’s understandable, considering this is a big GT that weighs north of 300kg. Part of the reason behind the high kerb weight could also be the use of Benelli’s traditional tubular steel swingarm, but that's just speculation for now.

As far as design is considered, the QJ1200-3 looks like most modern-day touring motorcycles, closely resembling the BMW range. Whether the top box and panniers are part of the standard equipment is what remains to be seen.

The bike is expected to go on sale in China and other international markets by 2021. While it's too early to speculate if Benelli will launch the QJ1200-3 in India, it will certainly sit as the flagship motorcycle, if it makes it to our shores.