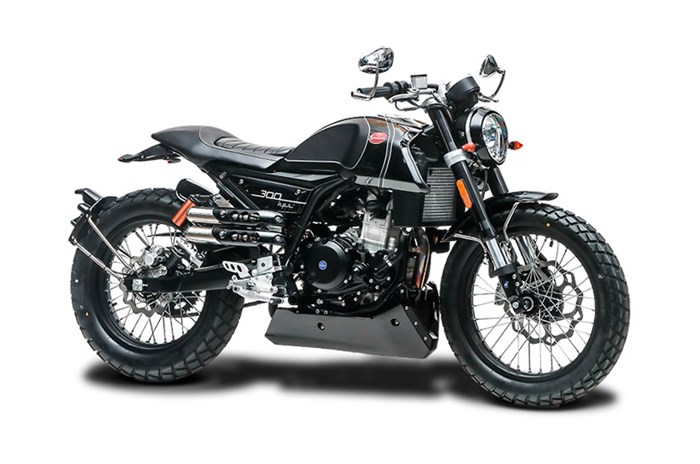 Motoroyale, Pune-based Kinetic Engineering’s premium motorcycle business, is all set to commence local assembly operations of the FB Mondial HPS 300 at its Ahmednagar facility. The HPS 300 was launched this October with a price-tag of Rs 3,37,000 (ex-showroom).

The scrambler-styled HPS 300 is powered by a single-cylinder, liquid-cooled, 249cc engine that makes 25hp at 9,000rpm and 22Nm of torque at 7,000 rpm, and makes its way to India via the Completely Knocked Down (CKD) route. At  Rs 3.37 lakh, the HPS 300 is certainly a pricey offering for what its powerplant offers (even if just on paper), especially considering aggressively priced alternatives from KTM and others. However, FB Mondial is banking on its exclusivity to justify the price tag.

Speaking to our sister publication Autocar Professional earlier today in Pune, Ajinkya Firodia, managing director, Motoroyale disclosed, “We will be inaugurating the assembly line at our Ahmednagar plant tomorrow. This will mark the commencement of the assembly operations of the FB Mondial HPS 300 motorcycle at the unit. We have already received about 100 bookings of this model.”

Meanwhile, Motoroyale also plans to expand its current footprint of seven stores to 20 stores by December 2019. Deliveries of the HPS 300 are expected to begin from December 16 across its existing outlets.