Hyosung, FB Mondial, SWM, Norton and MV Agusta to be sold under one roof. 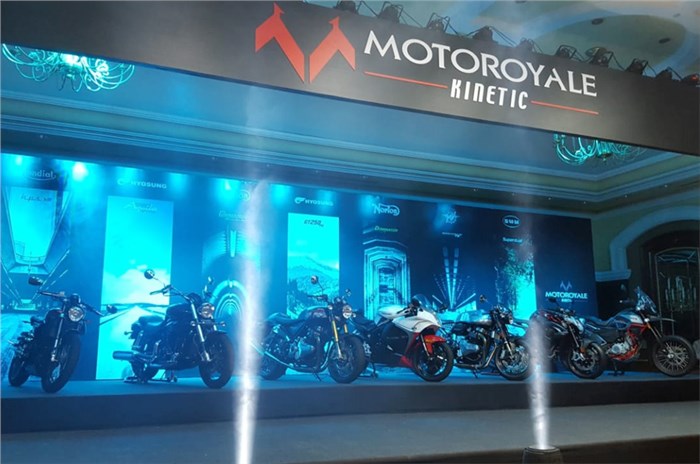 Brands like FB Mondial and SWM have made their debut in India with the HPS 300 and the Superdual T. Hyosung, meanwhile, has made its re-entry to the Indian market with the Aquila Pro 650 and the GT250R.

MV Augusta has introduced the Brutale 800 RR at Rs 18.99 lakh while Norton has launched the Commando Sport MK II and Dominator at Rs 20.99 lakh and Rs 23.70 lakh, respectively.

Before this, Motoroyale has sold MV Agusta motorcycles, with the iconic Italian marque boasting a compact range of super-exotic machines. Then came Norton with the CBU Commando 961 Cafe Racer, which launched with a Rs 23 lakh (ex-showroom, Pune) price tag.

Meanwhile, work is on to get CKD assembly of Norton’s range for India ready at Kinetic’s Ahmednagar plant (where all motorcycles from the other brands are being assembled as well). The company is working towards launching the first of the CKD Nortons, the Commando and the Dominator, by April 2019. Until that happens, Norton’s two-model line-up will be CBU imports and will be sold on an order basis.

Initially, Motoroyale will introduce six outlets in a phased manner, in Delhi, Thane, Hyderabad, Chennai, Bengaluru and Kochi. The second phase will see the addition of 12 showrooms during the next year.